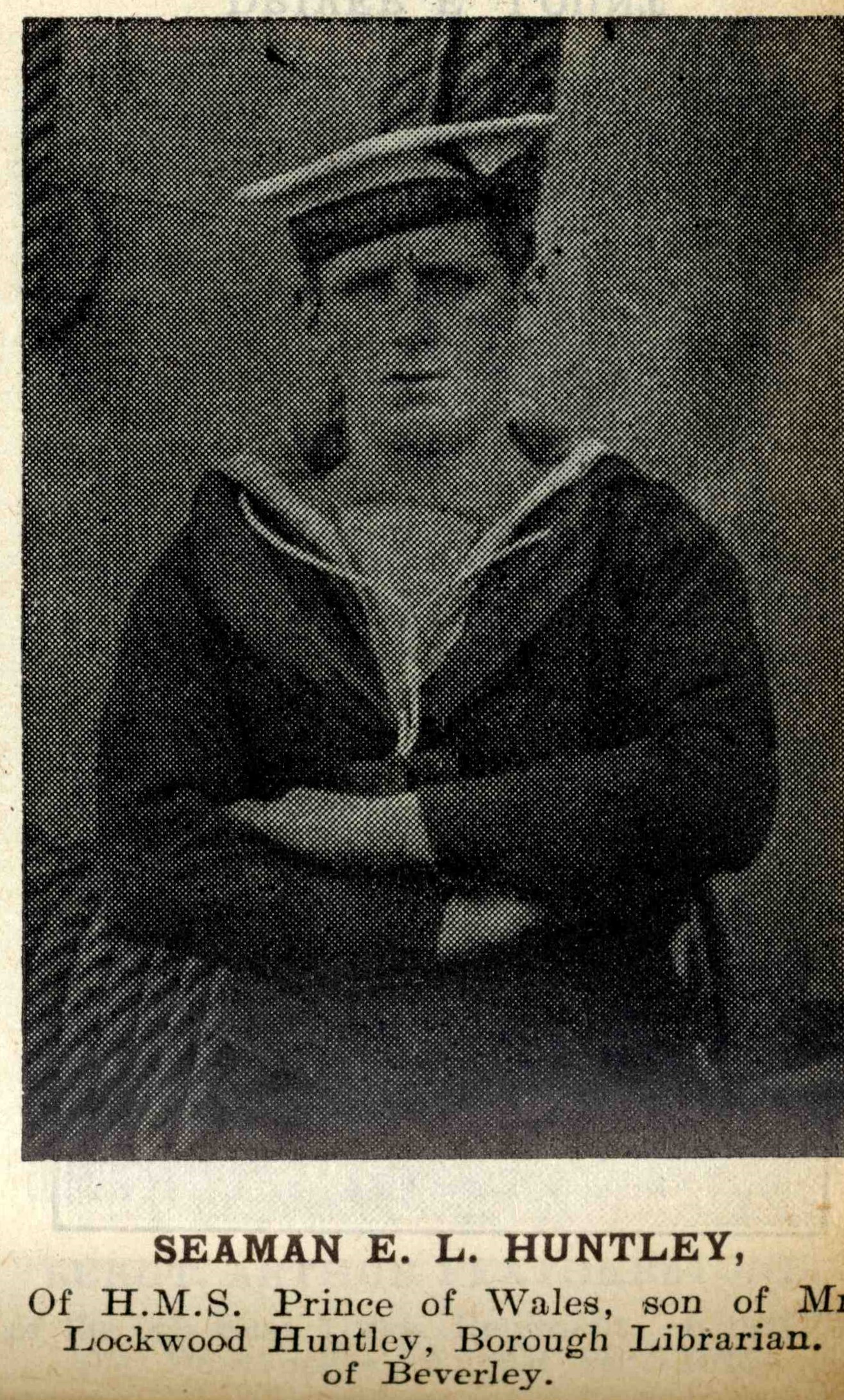 Try to find the date or year when this image was made.
Thanks for contributing!
Edgar Lockwood Huntley was born in York the 6 June 1893. He was the son of Lockwood and Lily Huntley.
On leaving school Edgar worked as a grocer's assistant and in 1911 he signed up for 12 years in the Royal Navy.
During the war, Edgar served on HMS Prince of Wales (1914-1916) In July 1916 Edgar was assigned to HMS Iron Duke which joined the Grand Fleet in the North Sea. Edgar was awarded the 1914-15 Star, Victory Medal and British War Medal.
In 1920 Edgar married Nora Viney in Portsmouth. They had one child, Beryl, born in 1925 in Portsmouth. Nora died in 1943 and Edgar married Violet Jeffery in 1946. In January 1922, Edgar signed up to the Royal Navy for a further 6 years. In 1925 he was Acting Petty Officer and in 1926 was promoted to Petty Officer. He left the Navy on 5 July 1928. After leaving the Navy he joined the Postal Service and was employed as a postman for the Eastleigh/Southampton area. He died in Portsmouth in 1967, aged 74.
For any enquiries about this image please quote the archive reference 'WL'.