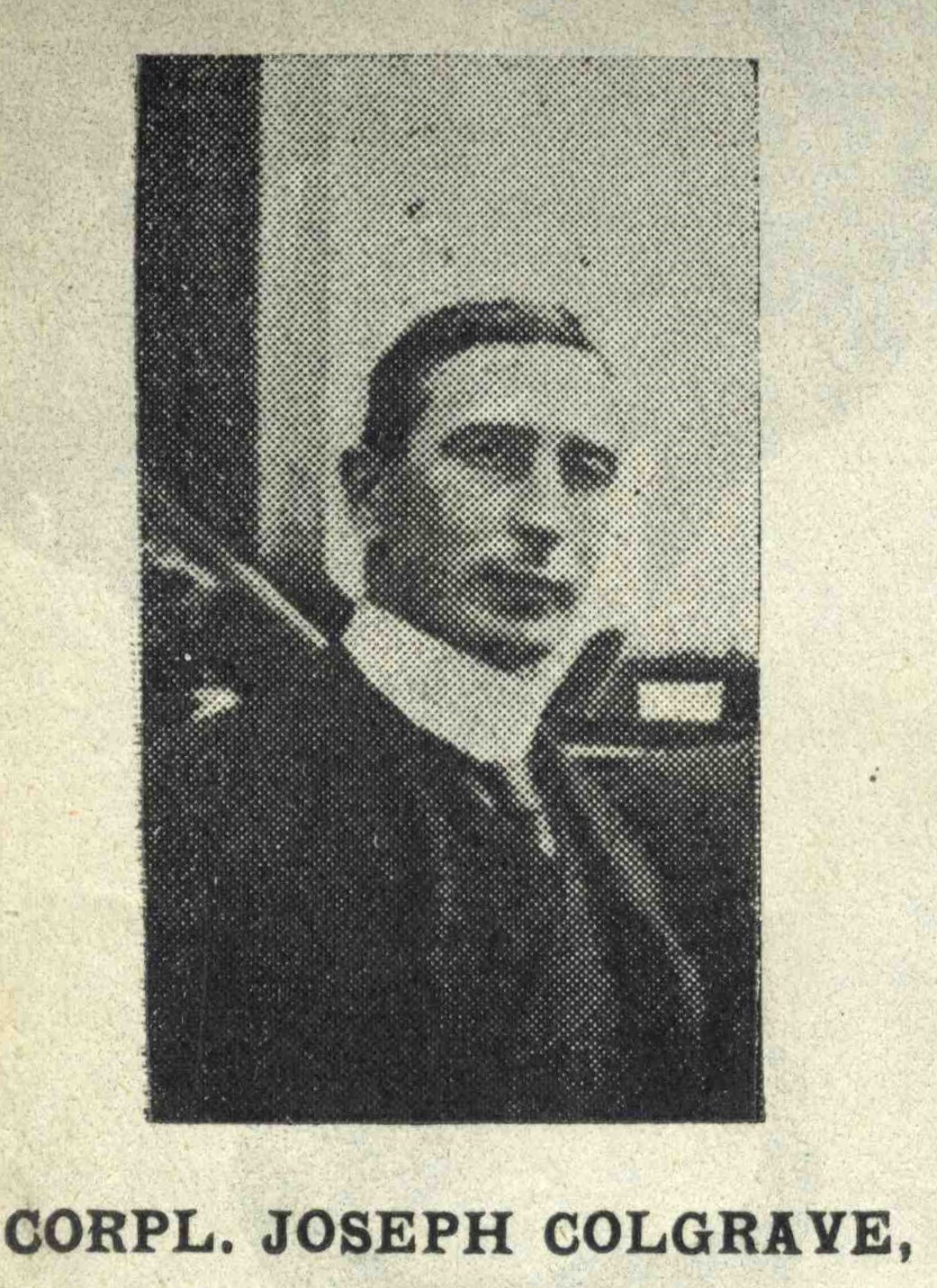 Try to find the date or year when this image was made.
Thanks for contributing!
Joseph Colgrave was born in Eccleshall, Sheffield on 1 December 1881, the son of Thomas and Sarah Colgrave. He enlisted at Beverley in 1898 with the East Yorkshire Regiment but was transferred to the 5th Irish Lancers in January 1899. He served as a regular soldier rising to the rank of corporal and was involved in campaigns in South Africa and India.
He married Nellie Pinder of Beverley on 30 September 1908.At the begining of the war he was serving as a valet for Mr Hodgson of Cottingham. As a reservist he was immediately called up as a private with the 5th Royal Irish Lancers
The 5th Royal Irish Lancers moved to France on 6 September 1914 and remained in France throughout the hostilities, taking part in the major offensives. Joseph was mentioned in despatches and received the Distinguished Conduct Medal on 30 October 1914 when he was seen to 'show great presence of mind in rallying several troops of Indian soldiers who had lost their officers'. Joseph Colgrave was discharged on 22 May 1919 and made his home in Cottingham.
In 1939 the family were living in Orpington, Kent. Joseph's occupation was as a butler.
Joseph died in 1953
For any enquiries about this image please quote the archive reference 'WL'.