Lying about on the lines. 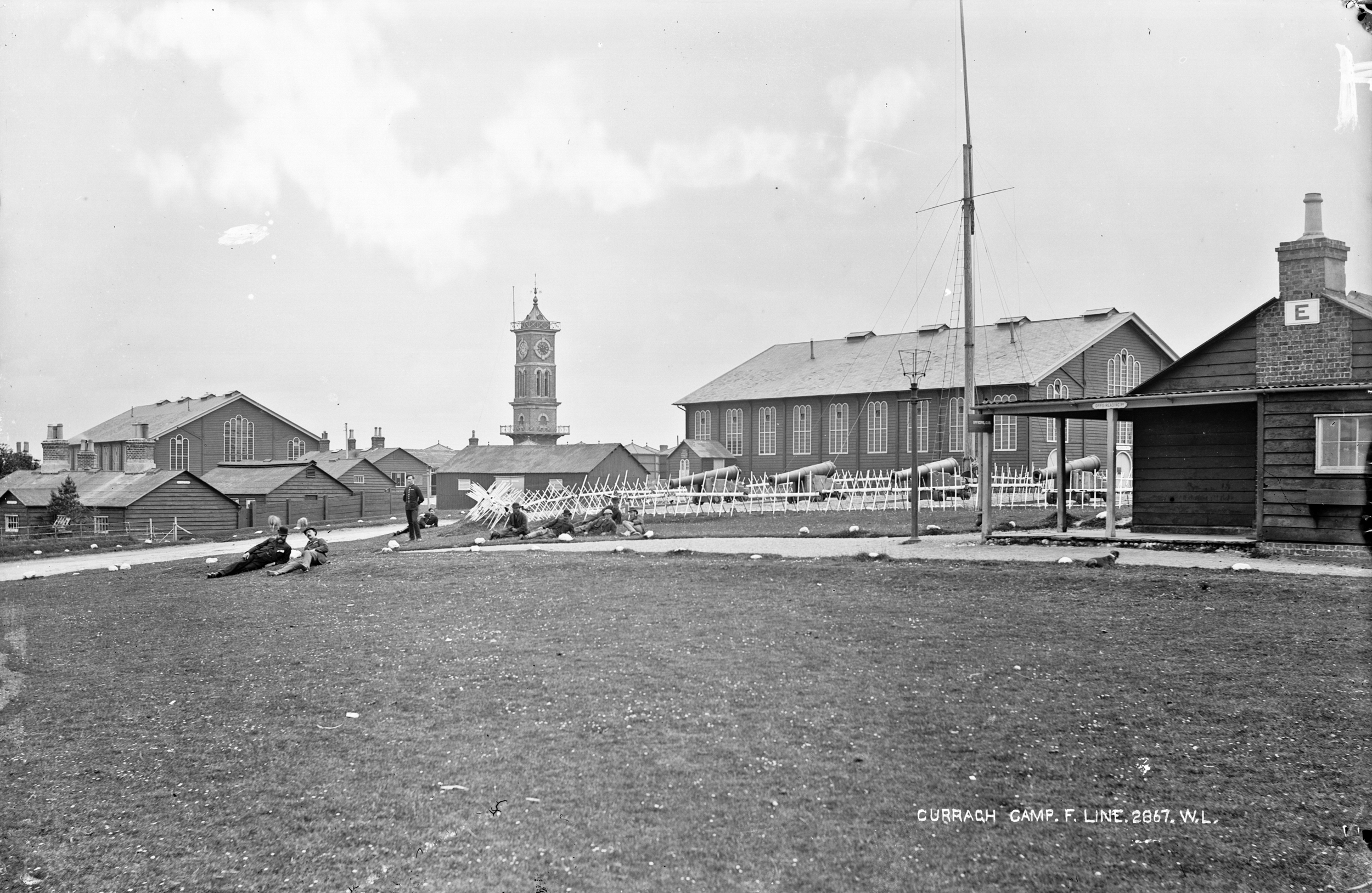 Try to find the date or year when this image was made.
Thanks for contributing!
And its then I'll repair to the Curragh of Kildare as the song goes and obviously these men have taken that literally. "F" Lines in the Curragh Camp shows lots of wooden walled buildings, some strange fencing around two cannon and several layabouts. Perhaps those who know uniforms can tell us when this was taken and any of the detail around the shot and the area.