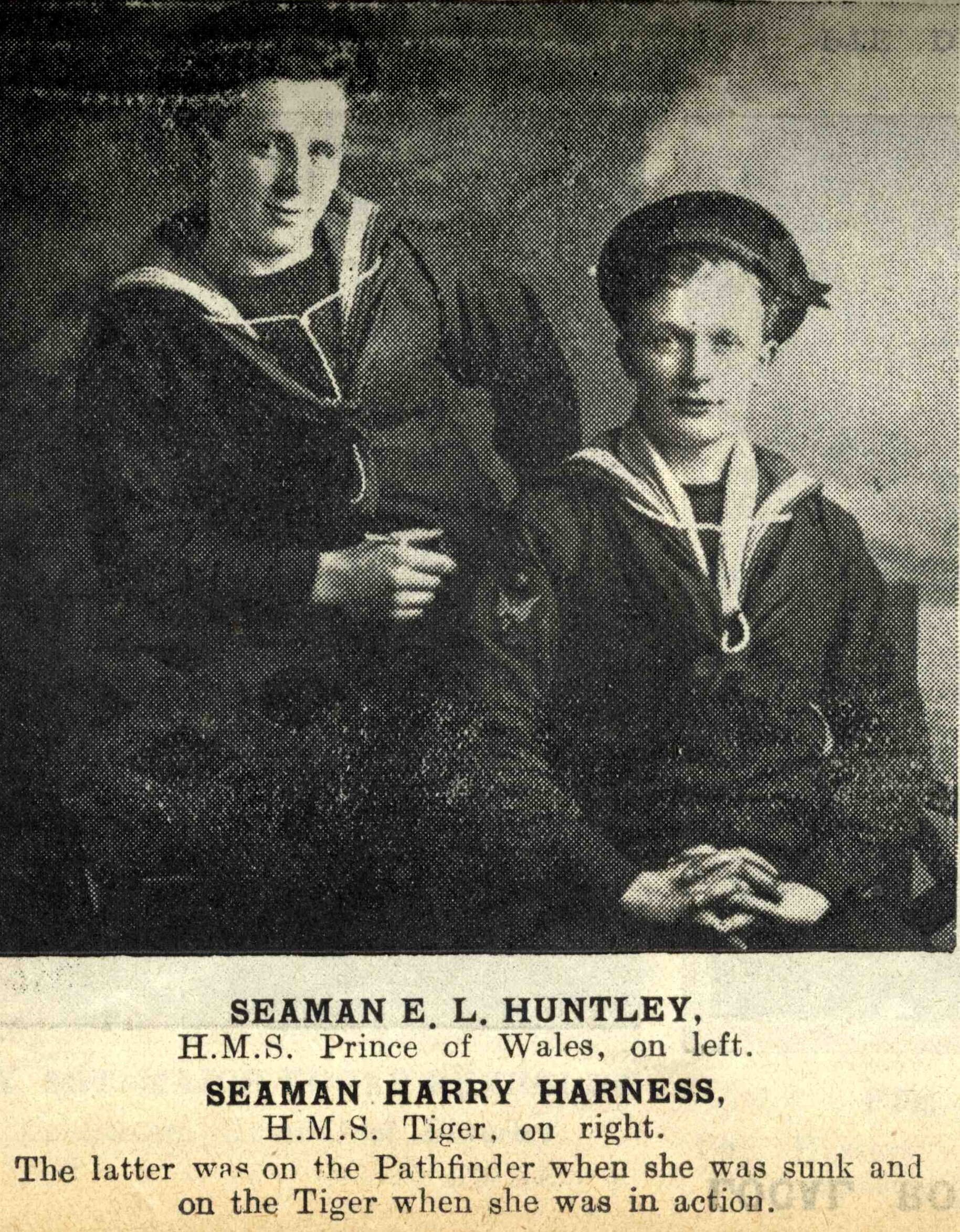 Try to find the date or year when this image was made.
Thanks for contributing!
Henry Harness was born the 5 August 1892 in Beverley. He was the 7th child of Robert Abbot and Mary Elizabeth Harness.
He joined the Royal Navy in 1908 as a boy sailor and trained to be a telegraphist. He was assigned to HMS Pathfinder in October 1913. On 1 January 1914, he married Harriet Dukes at St Michael's Church, Skidby. He survived the torpedoing of the Pathfinder in September 1914
After three weeks on a shore vessel, Henry was re-assigned to HMS Tiger. Three months later the Tiger was involved in the Battle of Dogger Bank and was badly damaged by enemy fire. Henry survived but his fellow telegraphist was killed. In July that year Henry was invalided out of the Navy with neurasthenia, a condition similar to PTSD. Henry was awarded the 1914-15 Star, Victory Medal and the British War Medal.
After discharge, Henry became a corn merchant's traveller and lived in Skidby. He died in 1959
For any enquiries about this image please quote the archive reference 'WL'.