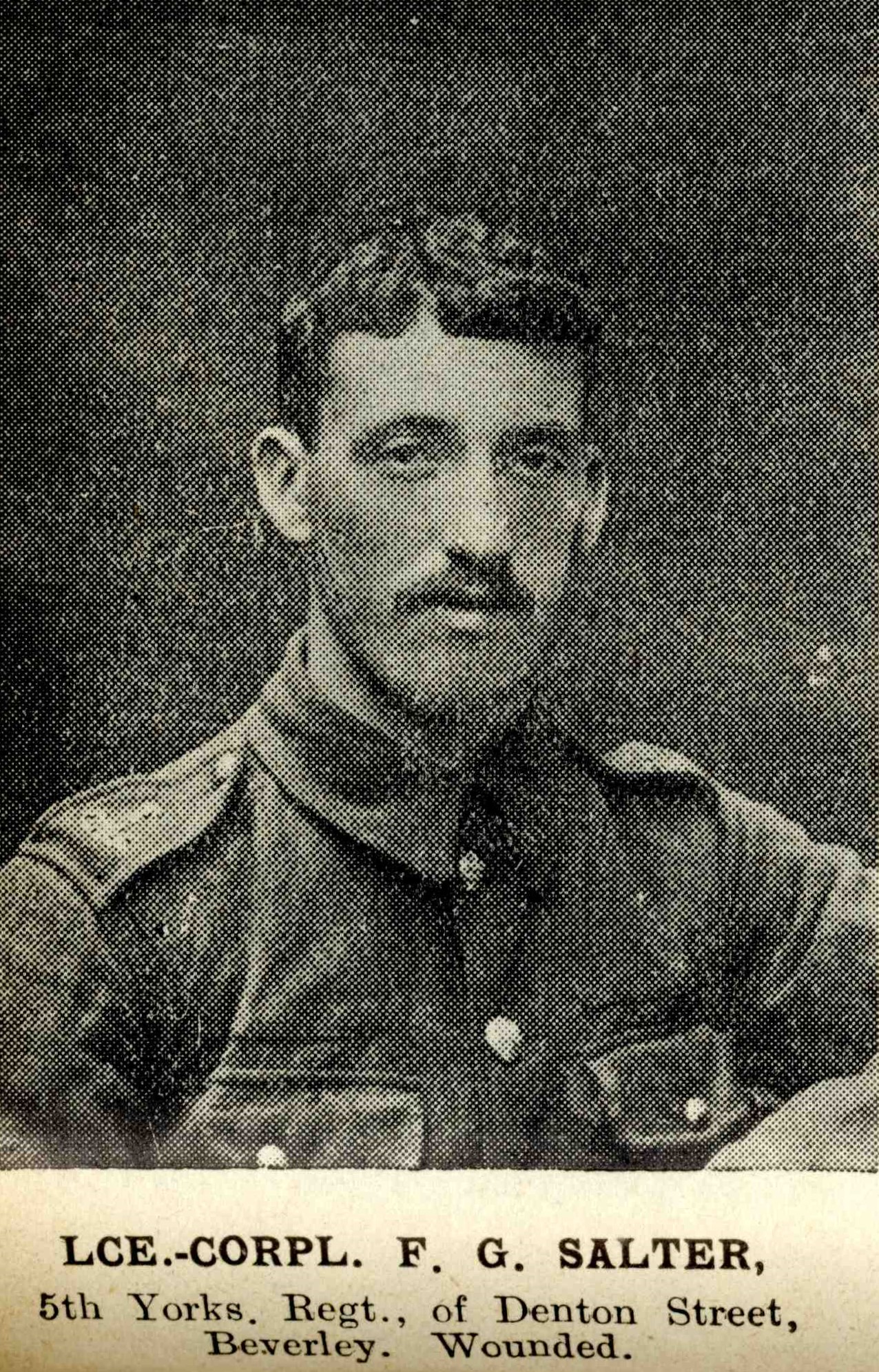 Try to find the date or year when this image was made.
Thanks for contributing!
Fred Salter was born in Beverley the 8 December 1883 the son of George Salter and Emma Jane. On Boxing Day 1906 Fred married Edith Emily Gray. They had two children, Emily Florence born 1908 and Frederick A born 1917.
Before the war Fred was a member of the TA and served in the 5th Battalion of the Yorkshire Regiment, the “Beverley Terriers”. He consented to service abroad after the start of the war and arrived in France on 18 April 1915. The 5th were immediately pressed into action in the Second Battle of Ypres at St Julien within days of their arrival. They remained in Belgium until 1916 and the Beverley Guardian of 8 May 1916 notes that Fred was wounded in the action at Hill 60. Fred served until late March 1919. He reached the rank of Corporal. He was awarded the 1914-15 Star and the War and Victory Medals.
After the war Fred returned to work at the shipyard. In 1939 the family was living at 24 Martin Street, Beverley. Fred died in 1951 aged 67 and was buried at Queensgate Cemetery on 19 June 1951.
For any enquiries about this image please quote the archive reference 'WL'.
(Copyright) We're happy for you to share this digital image within the spirit of Creative Commons. Please cite 'East Riding Archives ' when reusing.
Certain restrictions on high quality reproductions and commercial use of the original physical version apply. If unsure please email [email protected]
(Why not try searching our East Riding of Yorkshire Map for more historic images? www.flickr.com/photos/erarchives/map )