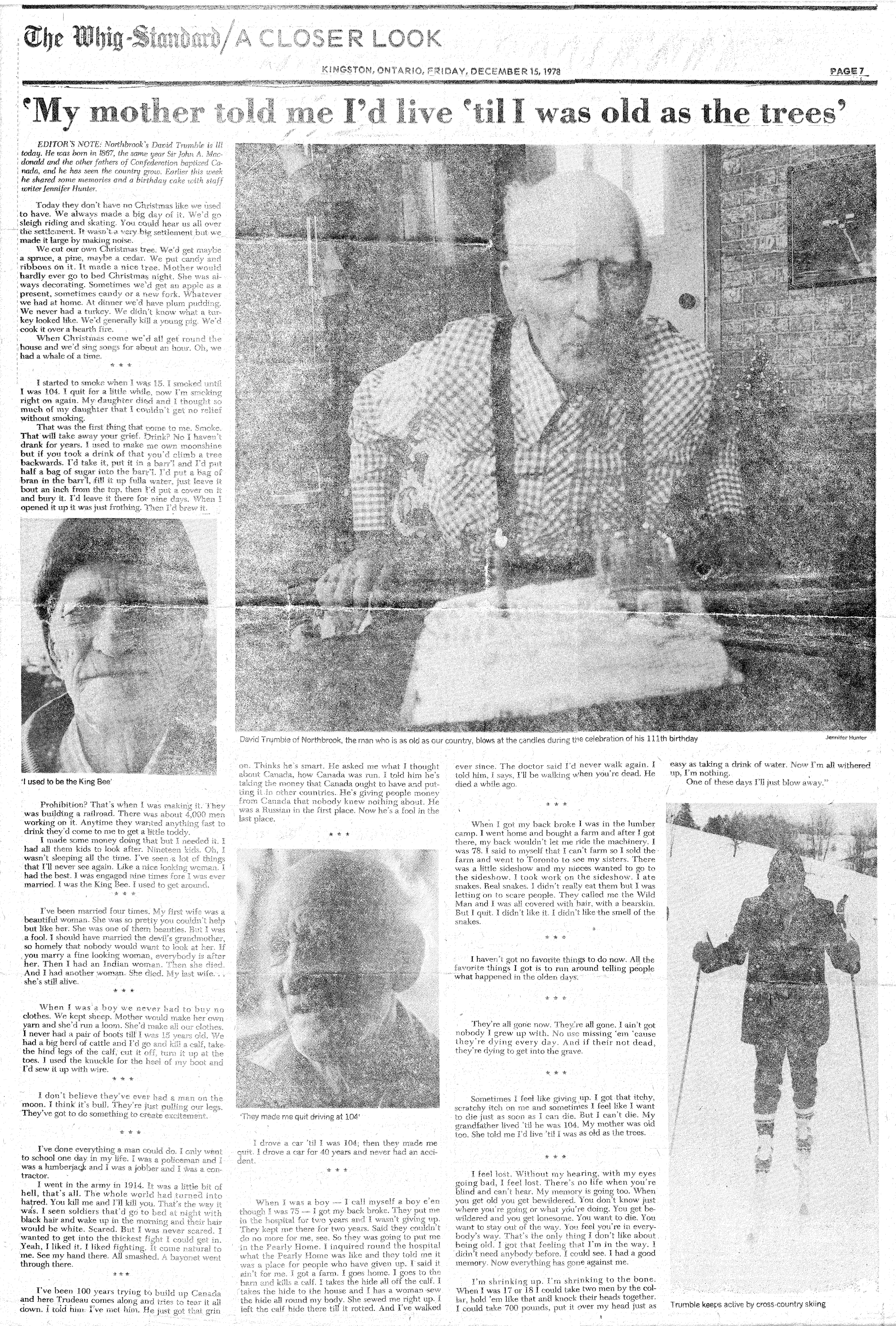 Try to find the date or year when this image was made.
Thanks for contributing!
The Kingston Whig Standard created a full page article devoted to supercentenarian Dave Trumble who lived in Northbrook, Onario. The article is very legible when zoomed in.

David Albert Trumble (15 December 1867?/1882? – 5 April 1986) was a Canadian supercentenarian claimant whose age is currently unvalidated by the Gerontology Research Group (GRG). If his claimed age of 118 is accurate, he would be the oldest man ever, but research shows his age is likely exaggerated by 15 years and he likely died aged 103.

Dave's interesting life was captured in his autobiography 'When I was a Boy' written in 1976 and is still available on Amazon.

Further quotes by Dave can be read here: www.tudorandcashel.com/history/david-trumble-when-i-was-a... at the Tudor and Cashel website.

Part of the Richard and Olive Hook Album.