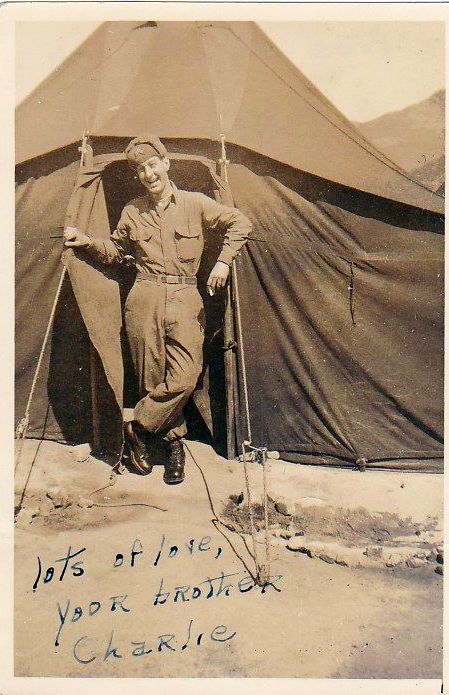 Try to find the date or year when this image was made.
Thanks for contributing!
Photograph of U.S. Army soldier Charles G. Blevins of Mouth of Wilson, Virginia, posing in the entrance of an Army tent in a camp on Geoje-do Island, at the southernmost part of Gyeongsangnam-do, South Korea, around 1951 or 1952 during the Korean War. Geoje-do Island [called by the U.S. Army “Koge-do” or “Koje-do” Island] was where a United Nations Command prisoner of war camp that held North Korean and Chinese prisoners captured by UN forces during the Korean War. Photograph taken while Blevins was serving in Korea in an artillery unit. Photograph appears to have been sent by Blevins to his sister Mary Lee Blevins, with a note on the front of the photograph reading: “lots of love, Your brother, Charlie” [circa 1951-1952].