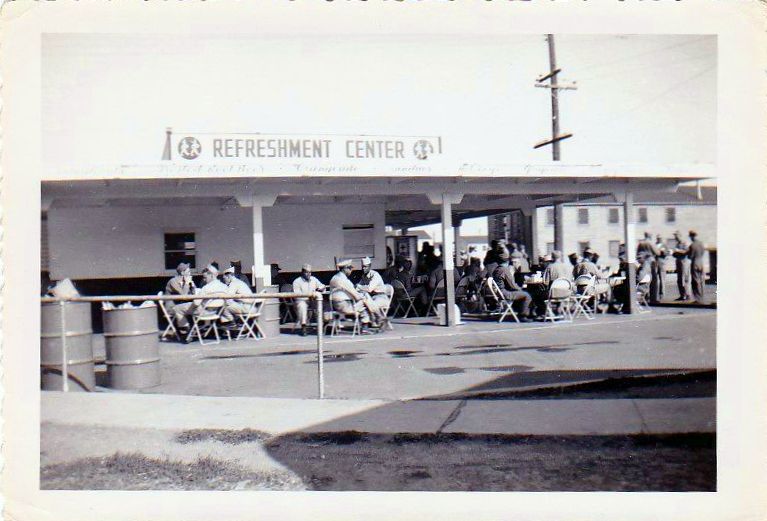 Try to find the date or year when this image was made.
Thanks for contributing!
Photograph of an unidentified U.S. military Refreshment Center for U.S. service individuals to get food, believed to be at the Port of Sasebo on the western part of the island of Kyushu, Japan, around 1951 or 1952 during the Korean War. Groups of U.S. Army soldiers and Navy sailors are seen sitting down around tables outside around the center. Photograph taken while U.S. Army soldier Charles G. Blevins of Mouth of Wilson, Virginia, was believed to be on furlough in Japan from duty with an artillery unit in Korea [circa 1951-1952].