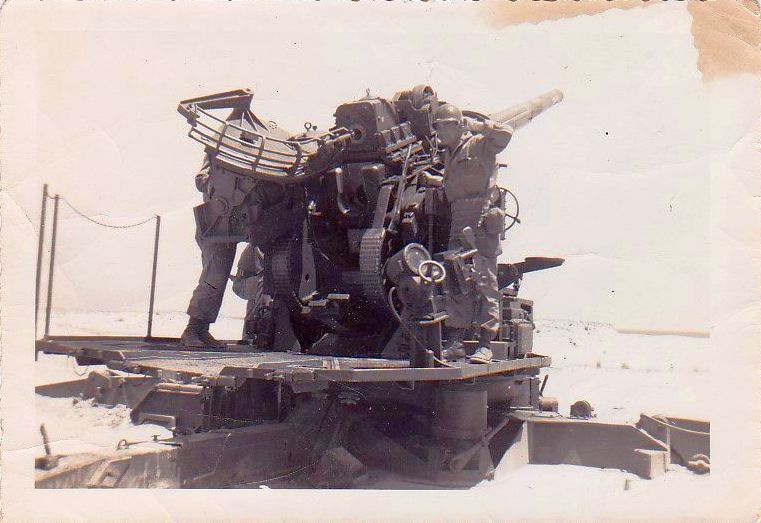 Try to find the date or year when this image was made.
Thanks for contributing!
Photograph of an unidentified U.S. Army artillery gun crew firing a large artillery gun on a beach at an unidentified location around May 1951 during the Korean War. Photograph taken or collected by U.S. Army soldier Charles G. Blevins of Mouth of Wilson, Virginia, while he was going through artillery training during the war [circa May 1951] [Photograph printed in May 1951].