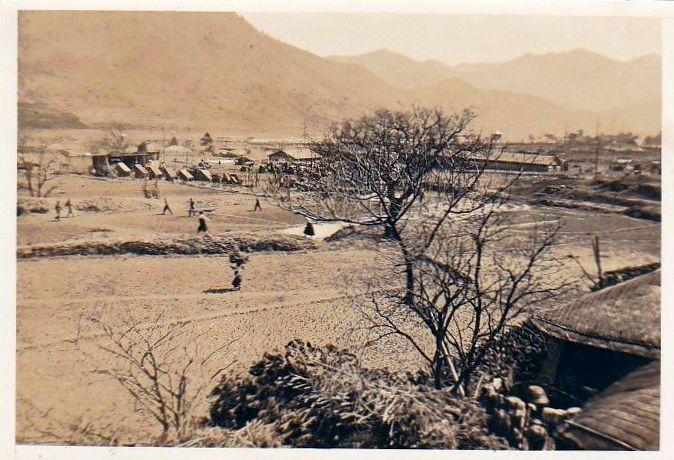 Try to find the date or year when this image was made.
Thanks for contributing!
Photograph taken from a military guard tower looking down on an area believed to be outside of the United Nations Command’s Geoje-do prisoner of war camp on the Geoje-do Island, at the southernmost part of Gyeongsangnam-do, South Korea, around 1951 or 1952 during the Korean War. Several Korean men and women are seen walking around or working, with buildings and houses in the background. The Geoje-do [called by the U.S. Army “Koge-do” or “Koje-do” Island] POW camp held North Korean and Chinese prisoners captured by UN forces during the Korean War. Photograph taken while U.S. Army soldier Charles G. Blevins of Mouth of Wilson, Virginia, was serving on Geoje-do Island with in an artillery unit [circa 1951-1952].