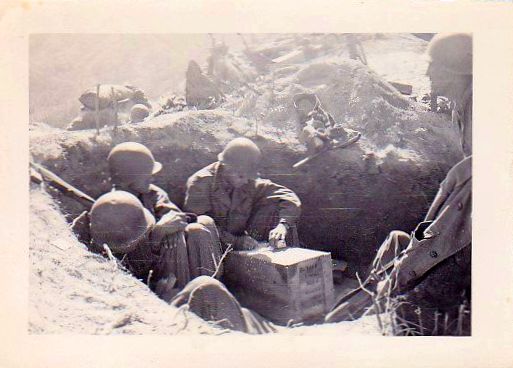 Try to find the date or year when this image was made.
Thanks for contributing!
Snapshot of several unidentified U.S. Army soldiers sitting in a foxhole at an unidentified defensive military position on a hilltop or mountaintop somewhere in Korea around 1951 or 1952 during the Korean War. One of the soldiers is seen writing on top of a crate in the foxhole. Photograph taken or collected by U.S. Army soldier Charles G. Blevins of Mouth of Wilson, Virginia, while he was serving in Korea in an artillery unit [circa 1951-1952].