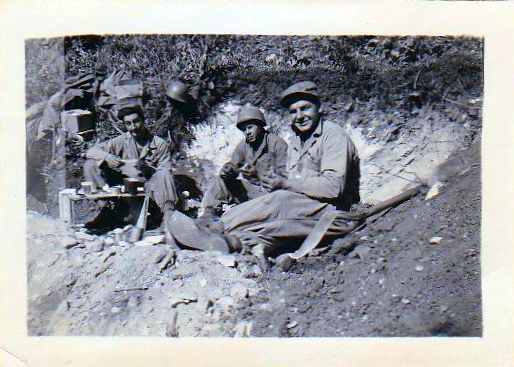 Try to find the date or year when this image was made.
Thanks for contributing!
Snapshot of a group of U.S. Army soldiers sitting down in a dugout section of a hillside, eating “C” rations somewhere in Korea in October 1951 during the Korean War. Pictured are (left to right) Charles G. Blevins of Mouth of Wilson, Virginia; Tom Boro; and Richard Keltmer. A package from someone back home to Blevins is seen behind him on the ground. Photograph taken while Blevins was in an artillery unit in Korea (October 1951).