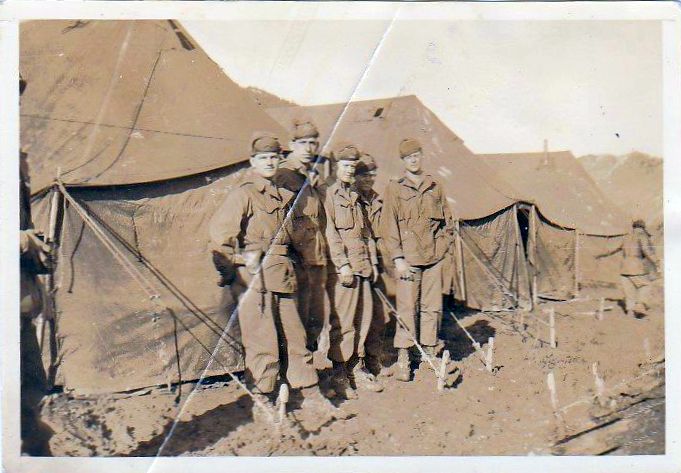 Try to find the date or year when this image was made.
Thanks for contributing!
Photograph of several U.S. Army soldiers posing outside of an Army tent in an unidentified United Nations or U.S. Army camp after returning from the front lines somewhere in Korea around 1951 or 1952 during the Korean War. The area was nicknamed “Tent City.” Photograph taken while Blevins was serving in Korea in an artillery unit. Caption on back of photograph reads: “Taken at Tent City after we came off line” [circa 1951-1952].