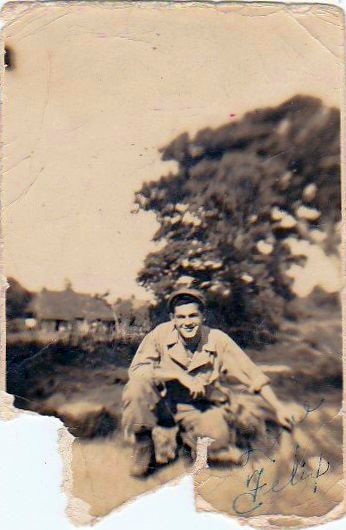 Try to find the date or year when this image was made.
Thanks for contributing!
Torn snapshot of U.S. Army soldier Felix Tanteller [or Fanteller], kneeling down outside in an unidentified Korean community around 1951 or 1952 during the Korean War. Handwritten note on front of the photograph reads: “Love, Felix.” Photograph given by Tanteller to U.S. Army soldier Charles G. Blevins of Mouth of Wilson, Virginia, while he was serving in Korea in an artillery unit [circa 1951-1952].