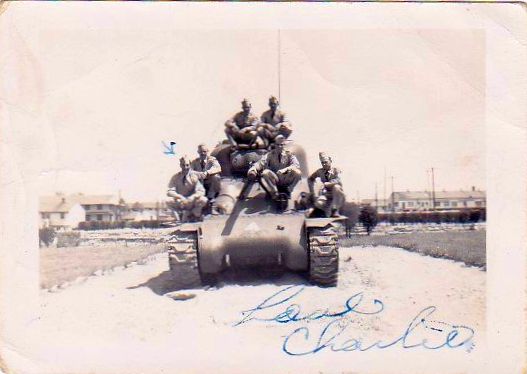 Try to find the date or year when this image was made.
Thanks for contributing!
Snapshot of a group of U.S. Army soldiers sitting on an Army tank parked on a gravel road near the barracks at Fort Knox, Kentucky, around 1951 during the Korean War. Pictured is Charles G. Blevins of Mouth of Wilson, Virginia (blue arrow pointing to him, far left on tank). Photograph taken while he was stationed at Fort Knox. Caption on front of photograph reads: “Love Charlie” [circa 1951].