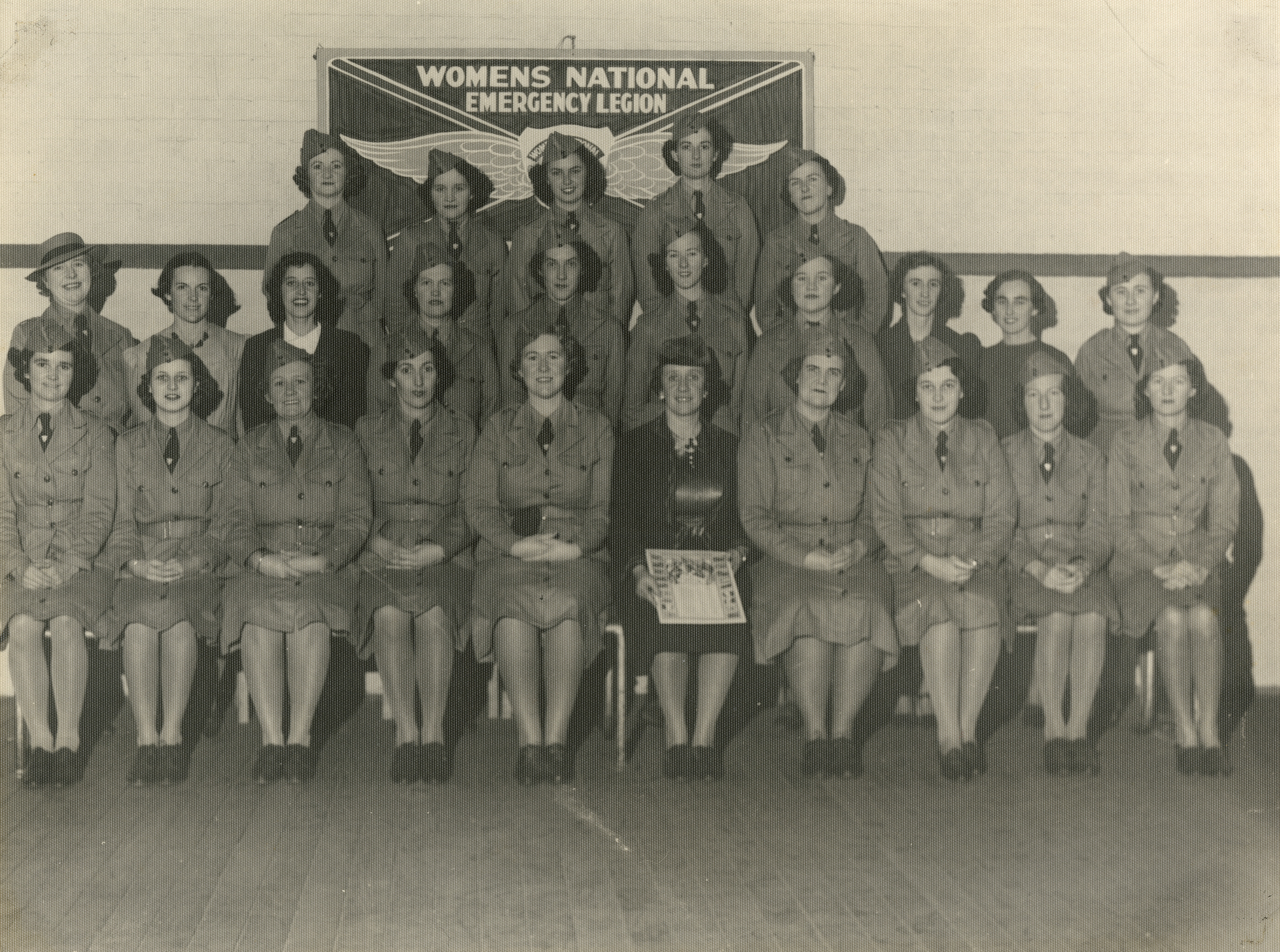 Description: The Women's National Emergency Legion (WNEL) was an Australian female auxiliary and training organisation of the World War II-era that was based in Brisbane. It was established in 1938 and provided volunteers with training in first aid and other skills which were seen as being relevant to Australia's war effort. Following the outbreak of the Pacific War members of the organisation were attached to the US military units in Australia as transport drivers and clerks. They also undertook mine watching and other tasks. The WNEL was active as late as October 1947. (Information taken from: Women's National Emergency Legion, 2013, retrieved 18 February 2014, from en.wikipedia.org/wiki/Women%27s_National_Emergency_Legion).

View the original image at the State Library of Queensland: hdl.handle.net/10462/deriv/243336.