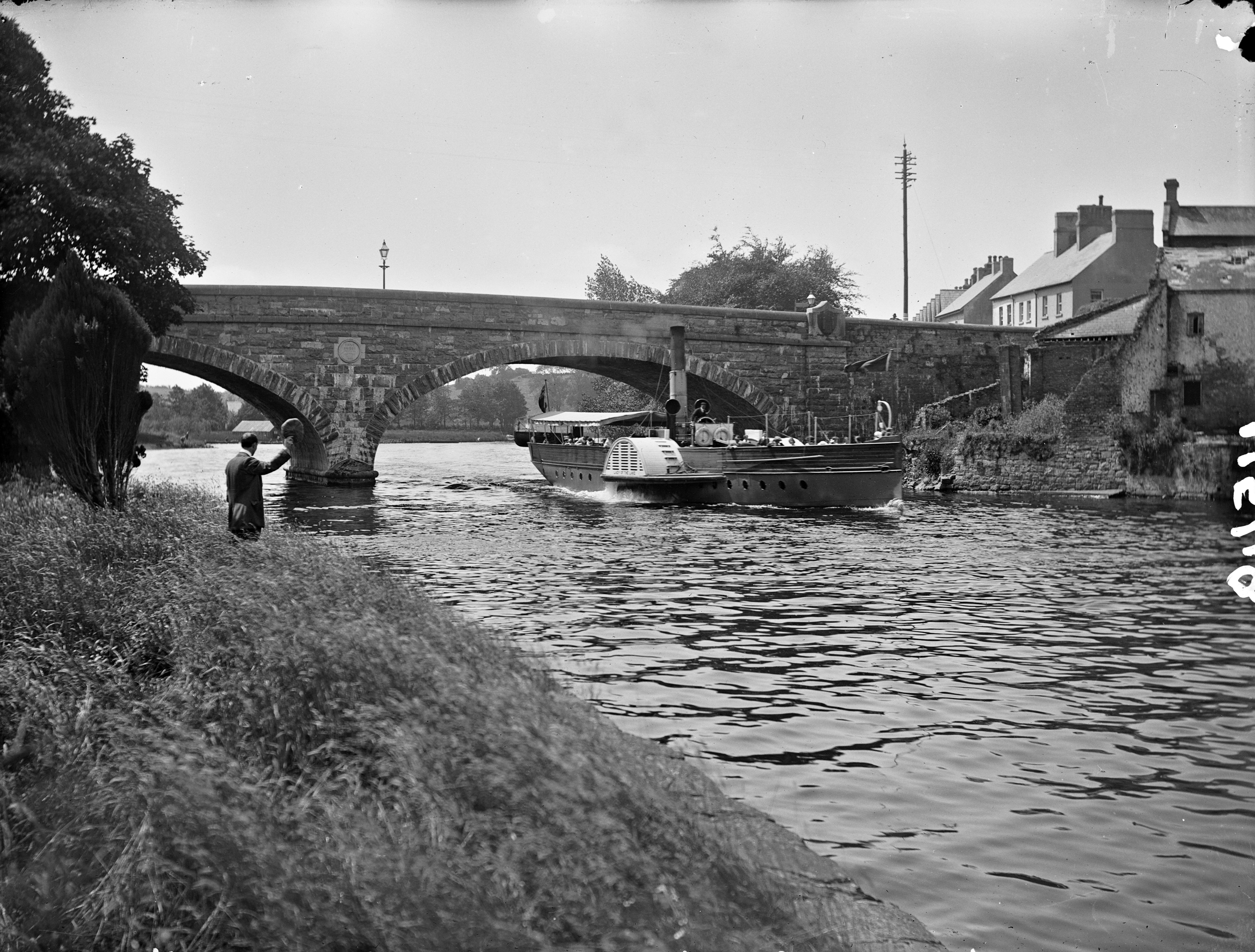 Try to find the date or year when this image was made.
Thanks for contributing!
Interesting that the daughter of yesterdays subject, Mr. A.E. West Esq., was notorious for skippering her motor yacht on the Erne in 1922 and today's shot shows the same river with a steam boat in all it's glory? West Bridge, Enniskillen in this fine Royal plate from the Lawrence Collection looked very good in this shot!