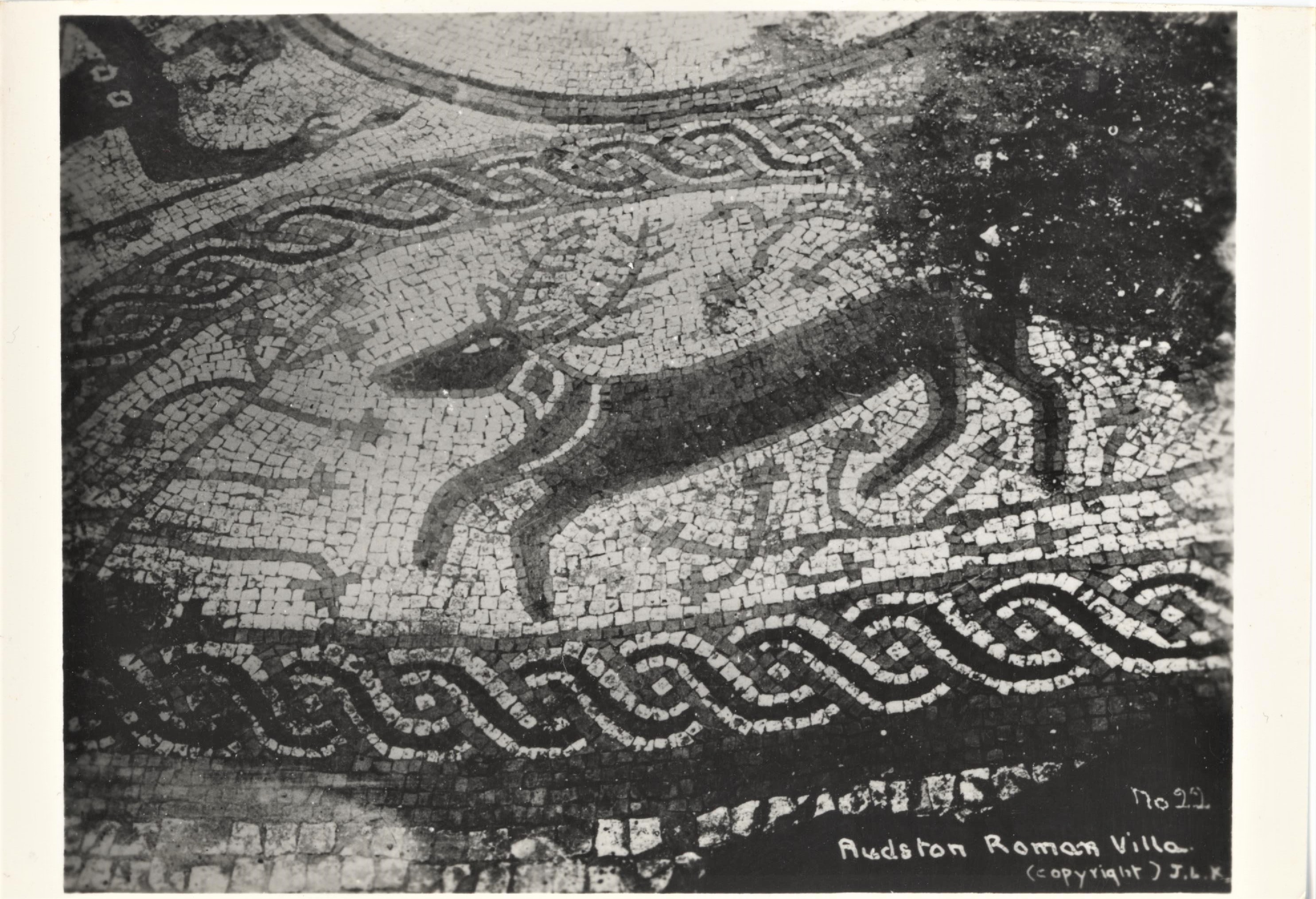 Try to find the date or year when this image was made.
Thanks for contributing!
In 1933, Rudston, East Yorkshire, a farmer ploughing his field unearthed the remains of an ancient Roman Villa. The largest room in the first house contained a large intact floor mosaic dating back to the latter 3rd century AD. This mosaic became known as ‘The Venus Mosaic’, due to the depiction of the figure Venus which stands at the centre of the piece. She is depicted with a merman and a mirror, which together usually recount the birth of Venus. She is also surrounded by different creatures at different sides, a lion, a stag, a leopard and a bull.
It has been hypothesised that although the design in Roman, it has been suggested that due to the style of the piece that the craftsman was a native Briton.
These images were taken during the original excavation. The mosaics were taken off the site and are now on display at Hull and East Riding Museum.

(Copyright) We're happy for you to share this digital image within the spirit of Creative Commons. Please cite 'East Riding Archives ' when reusing.
Certain restrictions on high quality reproductions and commercial use of the original physical version apply. If unsure please email [email protected]
(Why not try searching our East Riding of Yorkshire Map for more historic images? www.flickr.com/photos/erarchives/map )