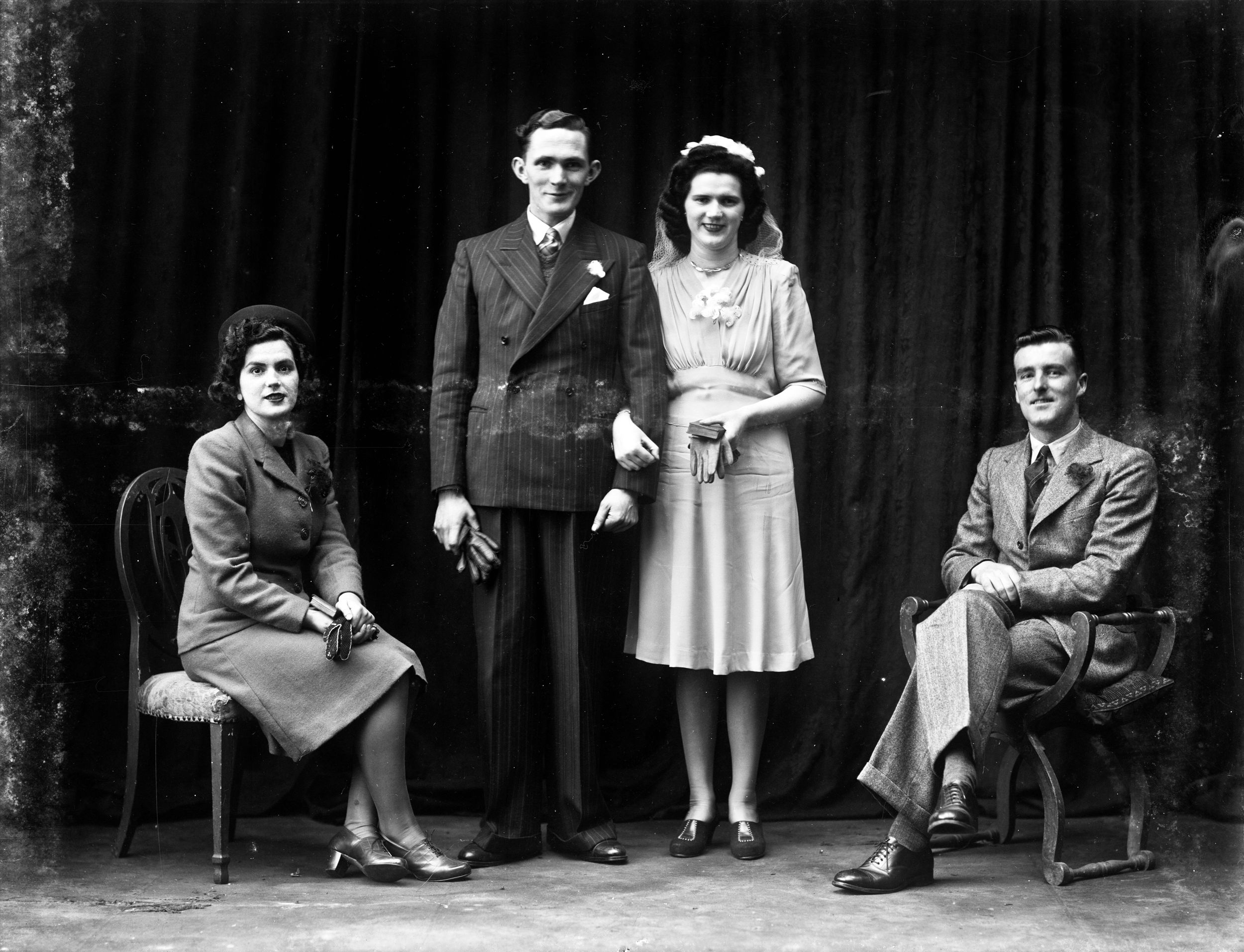 Try to find the date or year when this image was made.
Thanks for contributing!
I know that across the country, wedding ceremonies are being cancelled or heavily curtailed, because of this terrible virus. It must be causing great anguish to all involved. Today, we travel back to simpler times and present a very happy looking couple, I presume on the day of their wedding. I wonder who the other two people are? Siblings? Best man and bridesmaid? I am sure we will know before the morning is out. The photograph was commissioned by Mr. Thomas Hogan of 1 Doyle Street, Waterford.