On the wrong side of the tracks... 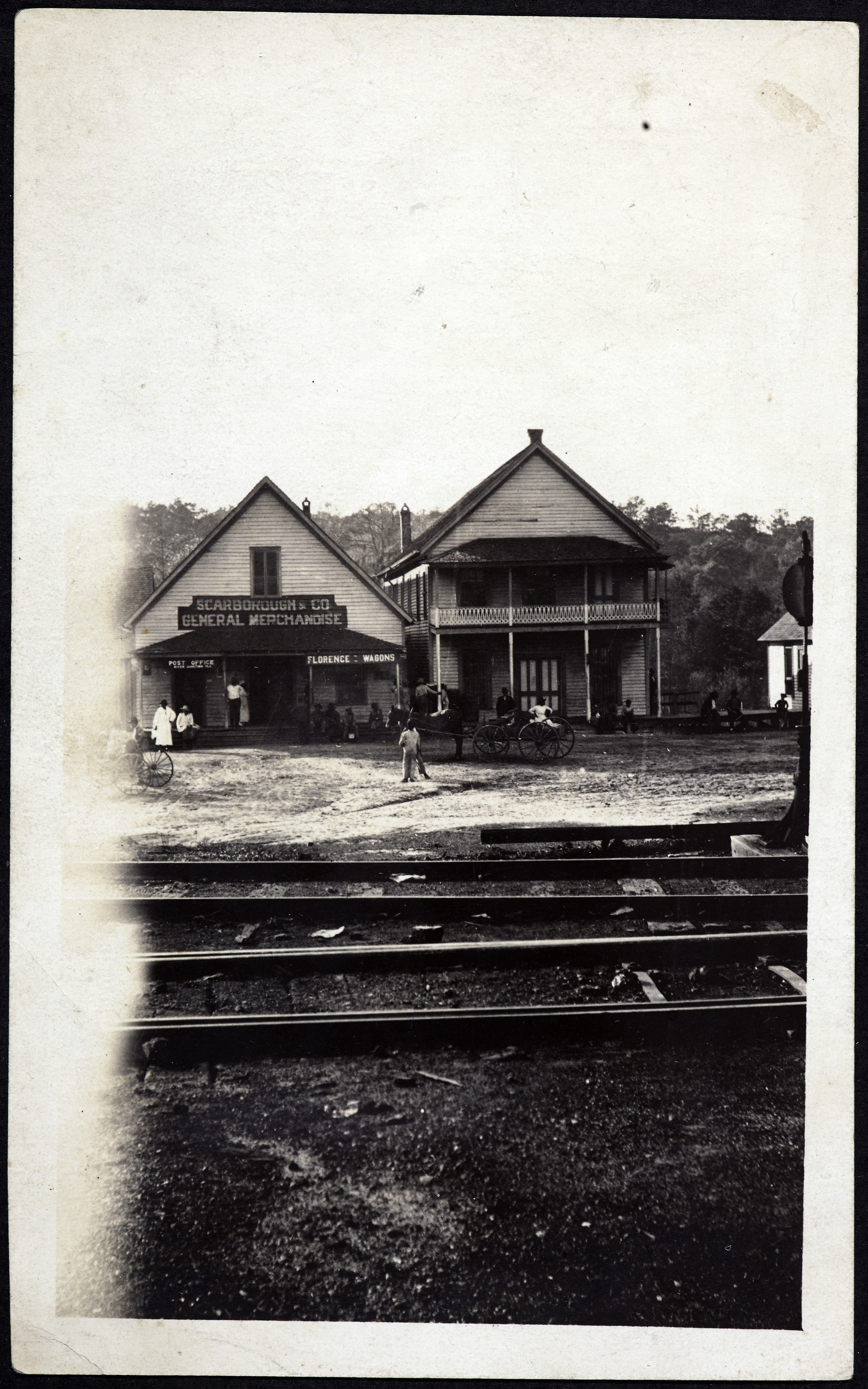 Try to find the date or year when this image was made.
Thanks for contributing!
To end a week where we had 500 years of Jesuits in Limerick, a fiddle for a tombstone, Star Wars in CIE, and Napoleon of the Confederacy, we have an image from none other than the Roger Casement collection!! A small photograph showing some railroad tracks and local stores with lots of people about. I am almost drooling at the prospect of what might be discovered about this scene...