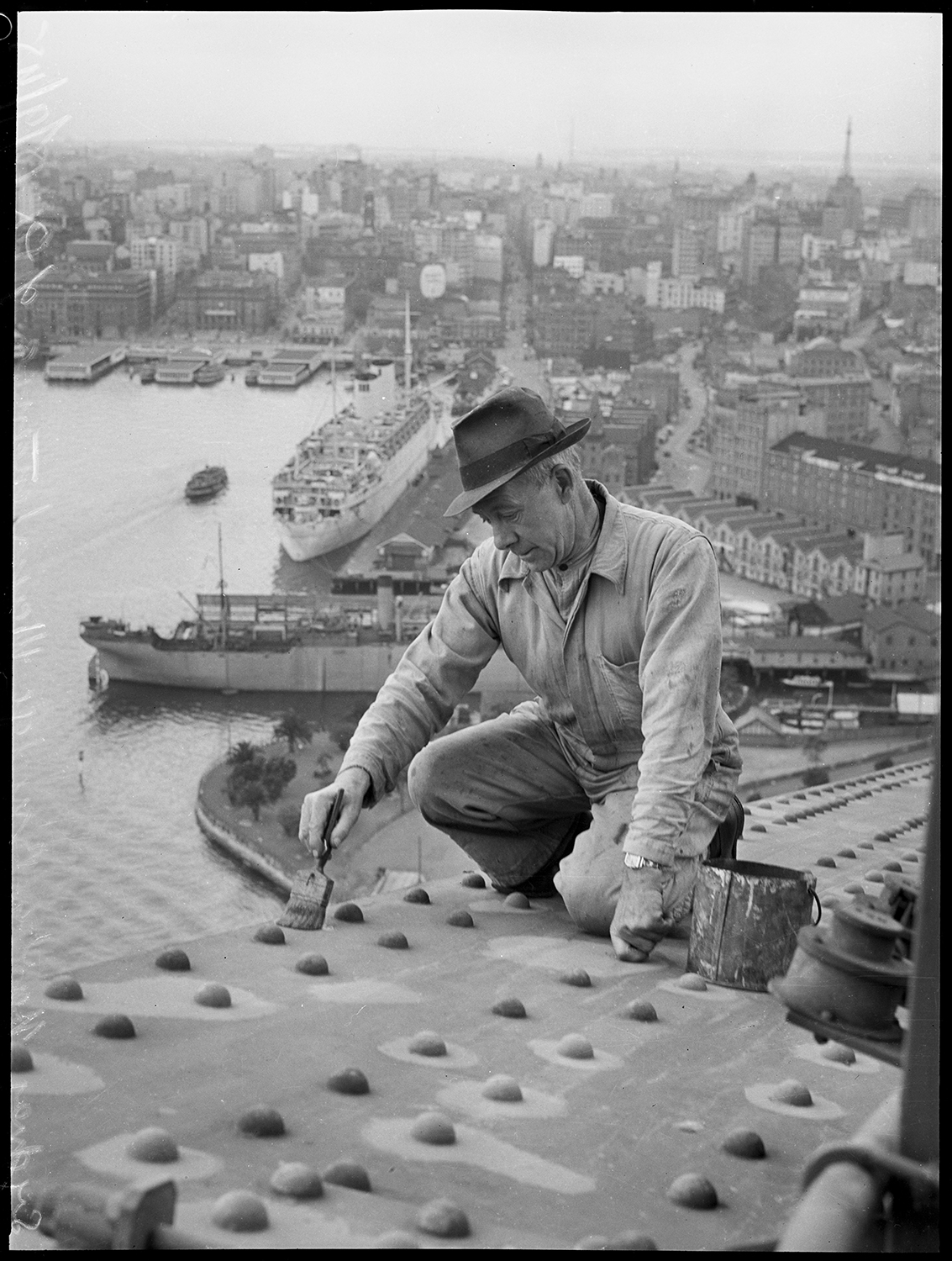 Try to find the date or year when this image was made.
Thanks for contributing!
On 18 September 1945, PIX magazine sent Alec Iverson to photograph the rigging painters as they worked on the Harbour Bridge. Iverson was given a tour of the bridge by leading-hand painter Stan Giddens who appears in these photos.

Creeper cranes were used to get the painters across the top of the Bridge, but they still had to climb onto the arches to do patch painting. To get to the cross-girders, on lower sections, the painters had to work suspended on stages 22 metres above the water.

In 1930 Lewis Berger and Sons (Aust.) Ltd. had been contracted to patch paint the bridge using between 273,000 and 295,000 litres of paint made to specifications supplied by the bridge’s designer JJC Bradfield.

But in 1935 it was decided it would be more economical to paint the bridge from one end to the other. The new process employed 42 men and took around six years to complete. Along the way they used around 191,000 litres of paint a year to cover the 80 hectares of bridgework.

In 1945, the year Iveson took these photos, the riggers were just coming to the end of one of these six-year cycles. The next year they started the whole process again.