A floating hotel, for the sailor in you? 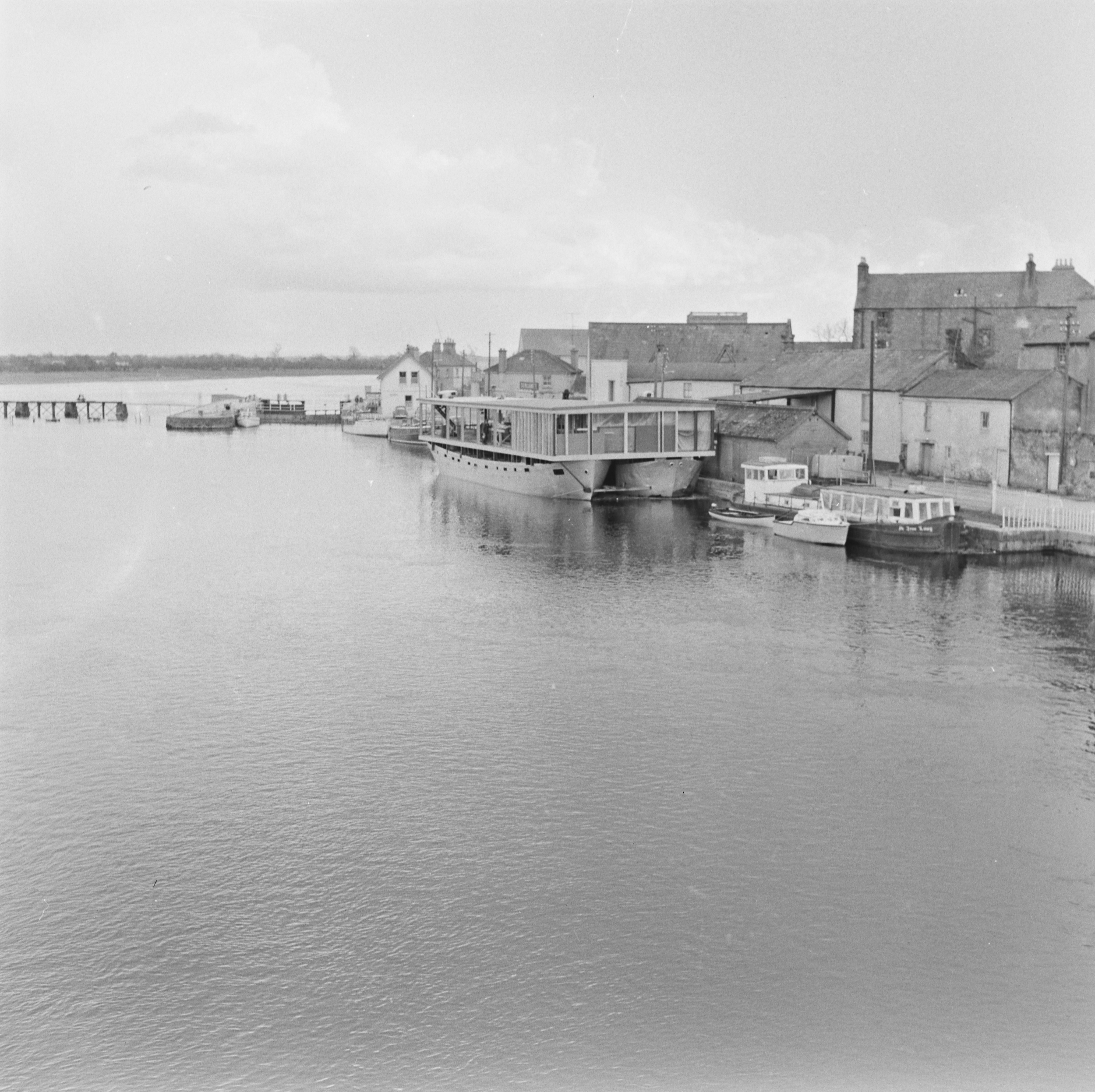 Try to find the date or year when this image was made.
Thanks for contributing!
I always thought that a cruise ship was a floatel, but Mr. O’Dea has found one down in Athlone! I seem to remember a move to have some of these to take asylum seekers back in the 1990’s, but this dates from 1968? I wonder was it a success?