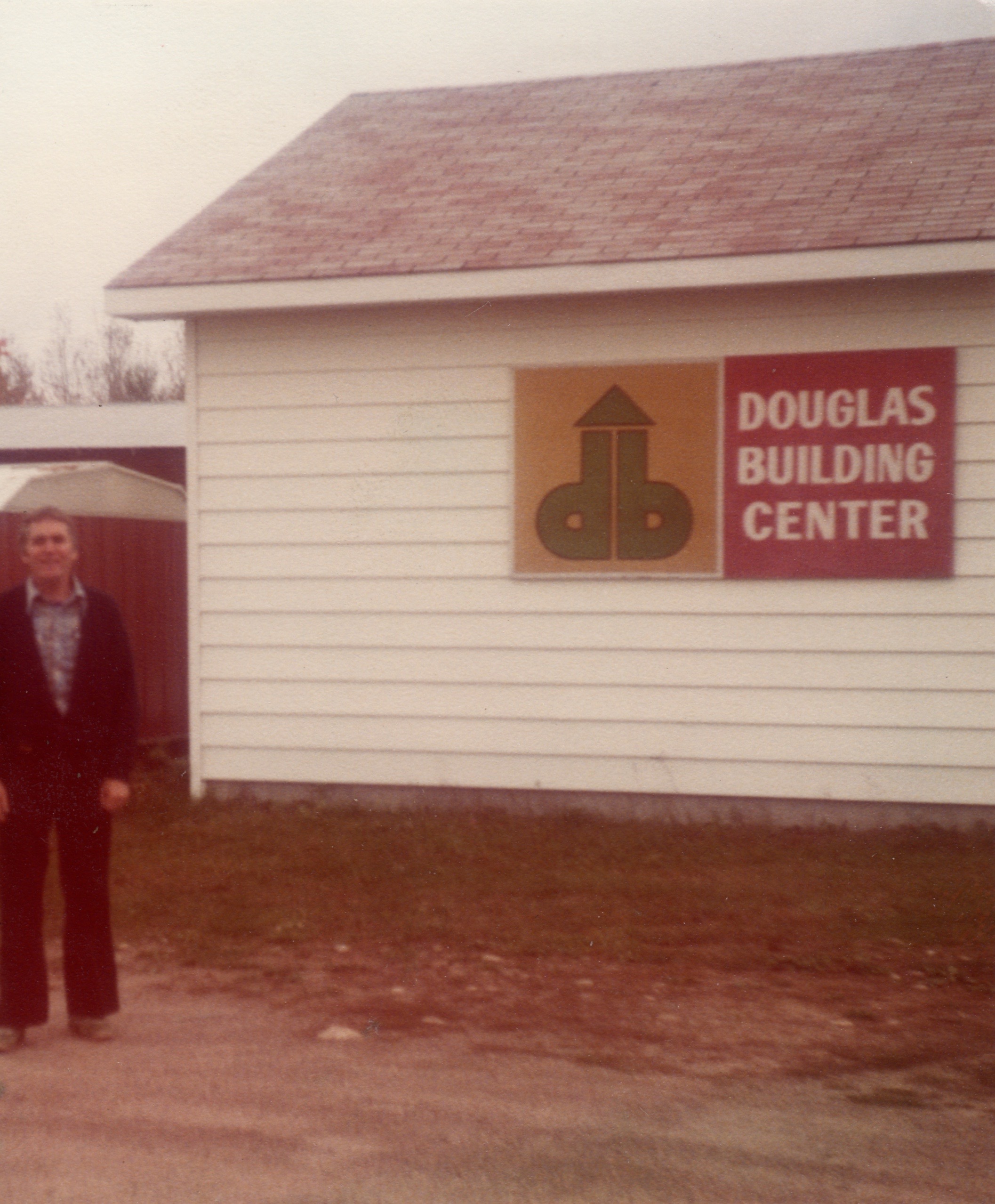 Try to find the date or year when this image was made.
Thanks for contributing!
Date: mid 1970s. Ken and his wife Elaine were involved in many community committees and initiatives. Douglas Building Centre was located on Highway #41 south of Cloyne.

The property was originally owned by Alf Northey and sold to Ken and Elaine Douglas in the mid 1970s. Kenlaine Building Centre was used as the corporate name, doing business as Douglas Building Centre. After about 9 years of operation, Ken sold the business to Fleming Building Centre in the early 1980s. The Fleming business previously operated in Denbigh but was destroyed by fire in 1982 and not rebuilt. Fleming's was closed in 1986 and became a residence.

Part of the Ken and Elaine Douglas Album.
Note: Commercial use of this image is prohibited without CDHS
permission. All CDHS Flickr content is available for personal use providing our Rights Statement is followed:
pioneer.mazinaw.on.ca/flickr_statement.php