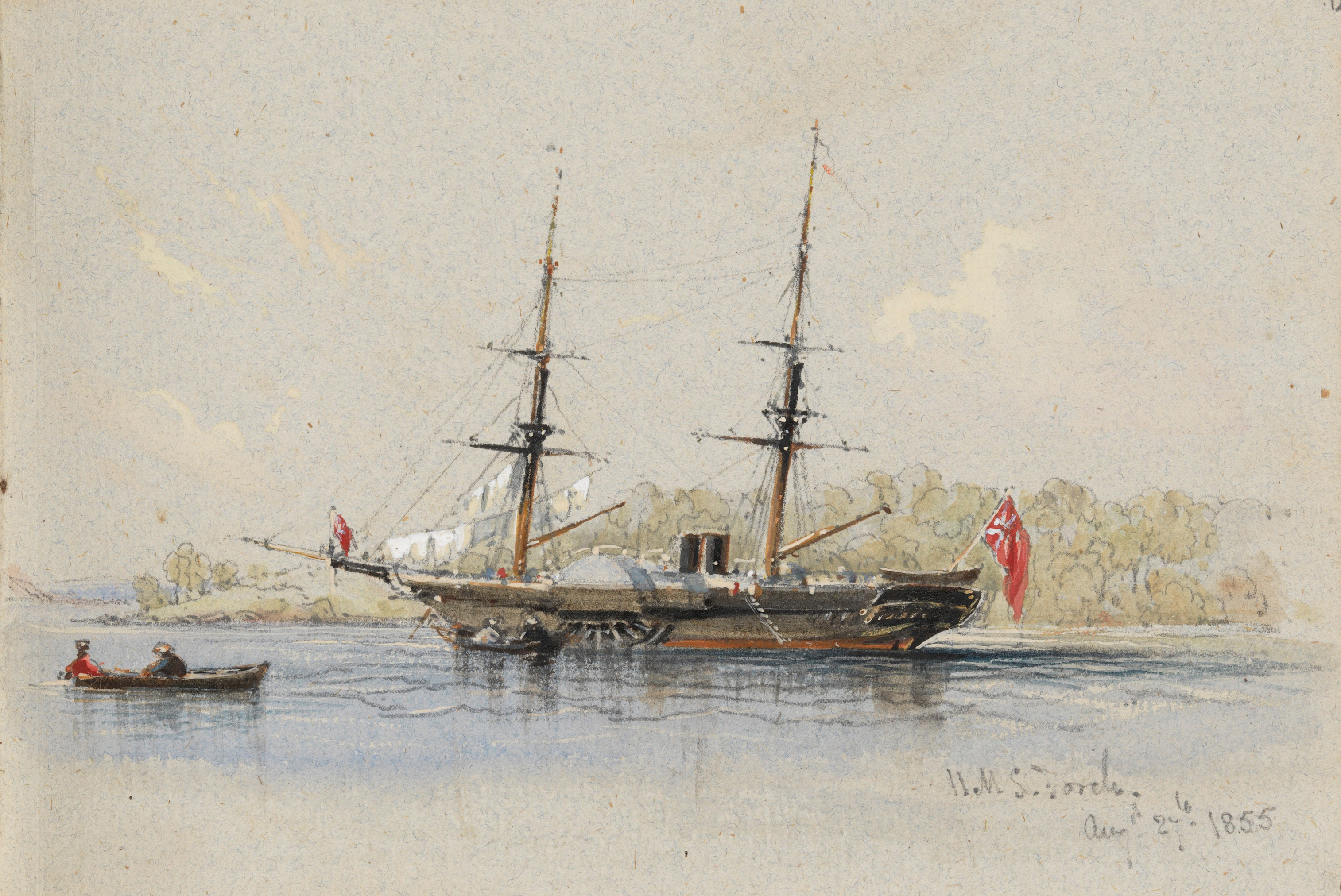 Try to find the date or year when this image was made.
Thanks for contributing!
HMS Torch at anchor, [attrib. Sydney], 27 August 1855, watercolour sketch by Conrad Martens

In 1852 HMS Torch sailed to Australia as a tender for HMS Herald, the British flagship of the Australian Squadron. She was under the command of Lieutenant William Chimmo and visited Sydney a number of times between 1852 and 1855 when Martens made this sketch of her at anchor.

The Torch was an iron steamer of 350 tons (315,616 kilograms) and had engines which could generate 134 kilowatts of power. Being low in the water she was mounted with a long 32 pound (14.5 Kilogram) pivot gun and nets around the sides of the vessel to ward off any pirates trying to board the ship.

As a government vessel she supplied coal and did surveying work in conjunction with HMS Herald as well as being commissioned to undertake specific tasks for the New South Wales Government.

One of the more significant of these was her rescue of the survivors of the shipwrecked Chinese Junk the Ningpoto in the D'Entrecasteaux Islands, off Papua New Guinea, in 1854. This trip was conducted mainly under sail to try to save her coal supplies for navigating the reefs and after searching the island for five days they found the 19 survivors on ‘Middle Huon Island’. Chimmo hoped to be able to steer the Torch back to Fiji to continue her duties with HMS Herald but a lack of coal forced her to return to Sydney.

In the same month Martens did this sketch the New South Wales Government was arguing about the continued funding of the Torch and its role as a gunship to protect Sydney Harbour. Although there were protests made about the realities of such a small ship acting as a defence against a foreign fleet they eventually voted to provision and pay the wages of the ship for 1856.