Changing the guard in Mullingar 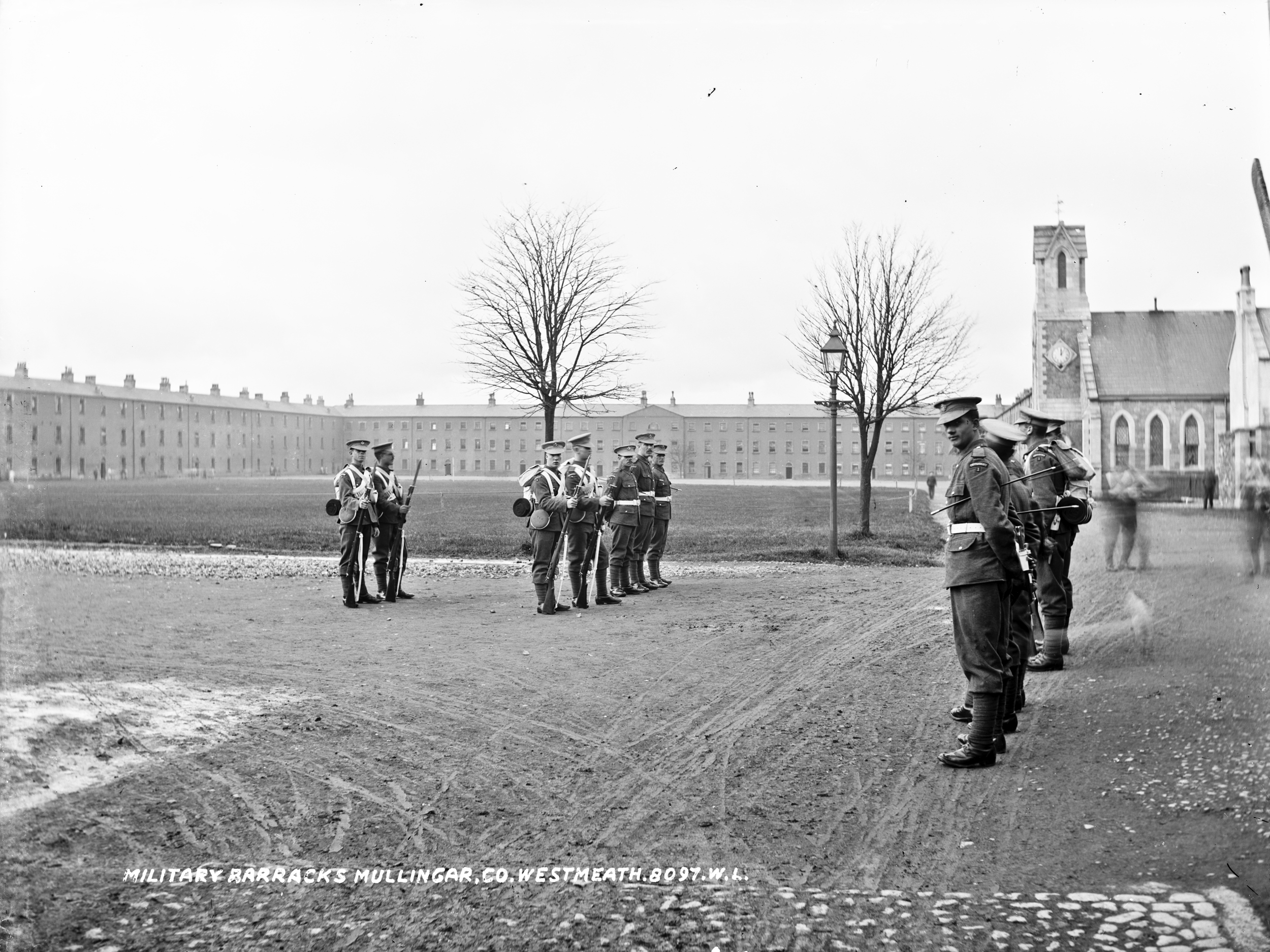 Try to find the date or year when this image was made.
Thanks for contributing!
To anybody familiar with British Army barracks, this scene, apart from the soldiers, could be from many towns in this country! The billets, the clock over the archway, the church near the entrance gate, are all standard fare. In this case, we are treated to troops standing at ease preparing for the changing of the guard in the barracks, and with ghostly figures, probably NCOs, moving in the background.