A Power(ful) group from Paris? 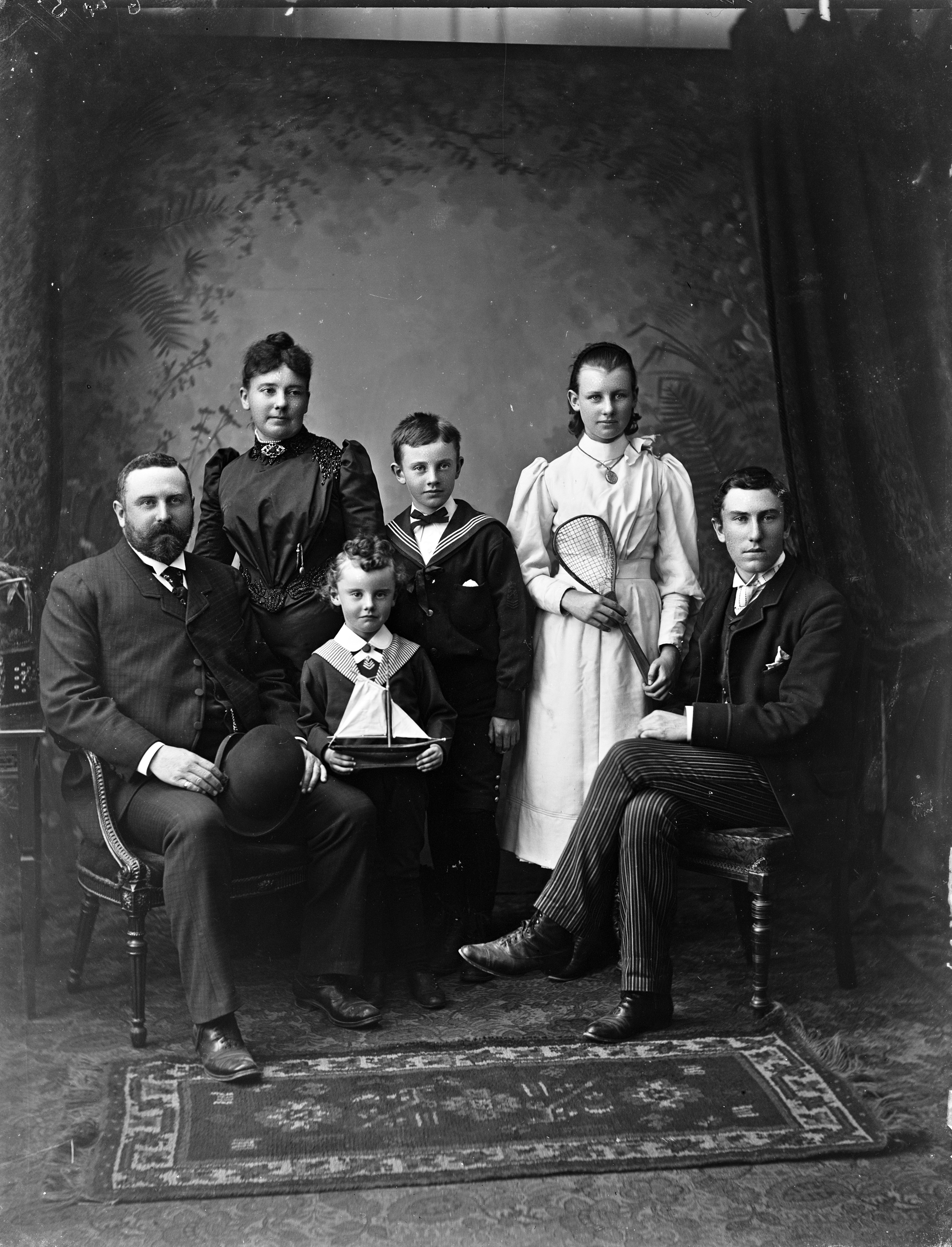 Try to find the date or year when this image was made.
Thanks for contributing!
The Powers make a handsome group in the Poole studio with all in their Sunday best. The props have been seen before but they never lose their charm. Since Waterford is full of Powers, the real question is – which Powers are these, and what is the Paris connection?

+++ UPDATE +++
Well, you all undertook some mighty genealogical sleuthing into this Power family group, all of it circling around and around one word in the original catalogue description – Paris. It was highly enjoyable and entertaining, but the consensus is that we can't be certain of which Powers we're talking about here, and Paris might just be a very smelly Gallic red herring.