Adding a bit of colour 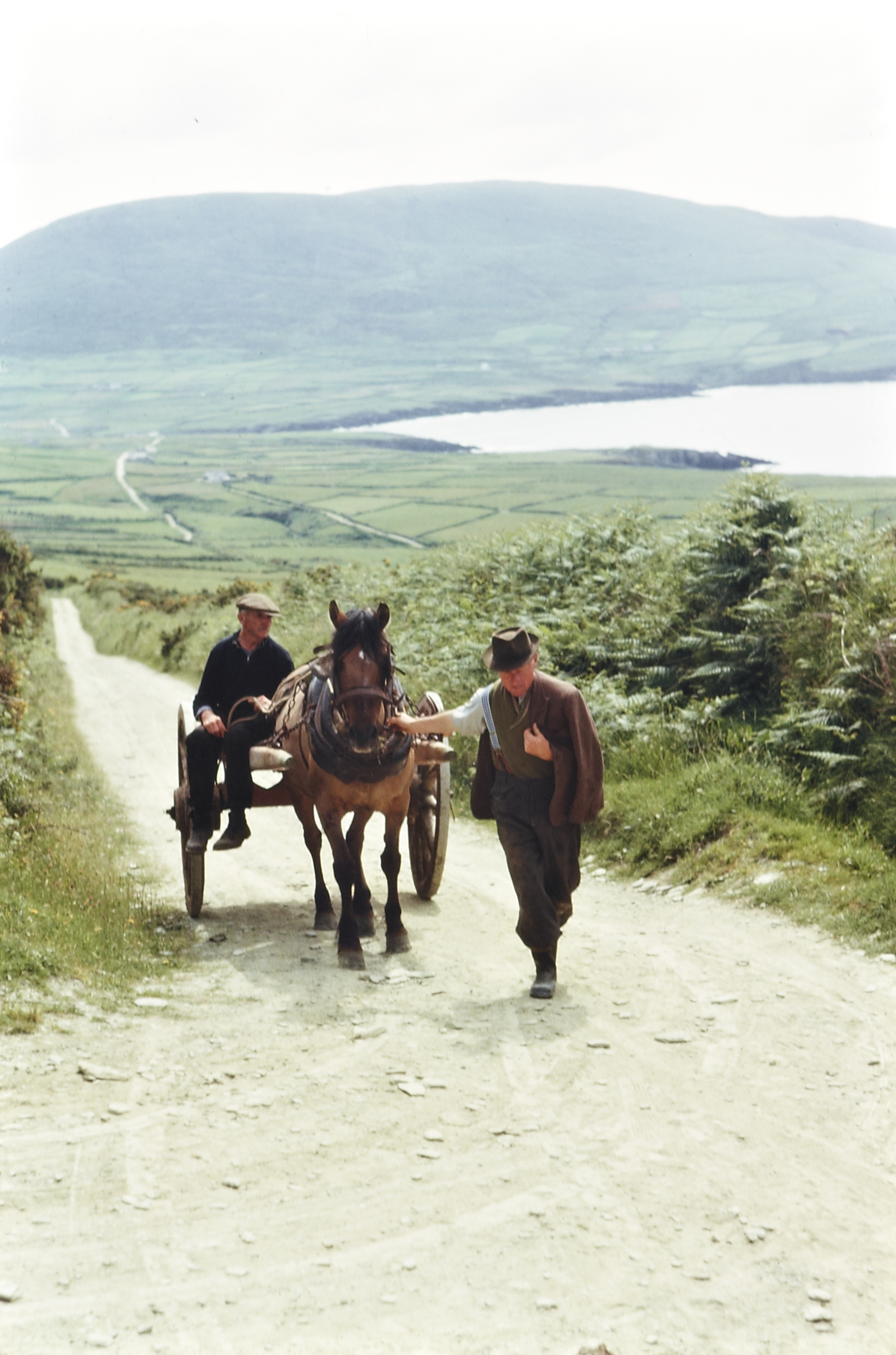 Try to find the date or year when this image was made.
Thanks for contributing!
Whoever put this shot in the catalogue must have been a townie! It is titled “Pony and trap, Ring of Kerry, Ireland” and this is no pony and trap, but a working cart and horse. We haven’t had the pleasure of visiting with Mr. Tilbrook for quite some time, but as ever he brings a keen eye and a touch of colour to the proceedings.

They say that you should be careful what you wish for and when I put up the title on yesterday’s shot, I didn’t consider the after effects. I had an ear worm for the rest of the day and nana nah nah nanana nah is going around in my head ever since. :-(

+++ UPDATE +++
Star of this show is Mike Grimes, who pinpointed the location of this photograph with uncanny accuracy! So not the Ring of Kerry as we thought, but rather the Skellig Ring. Thanks very much, Mike. Another location identified...