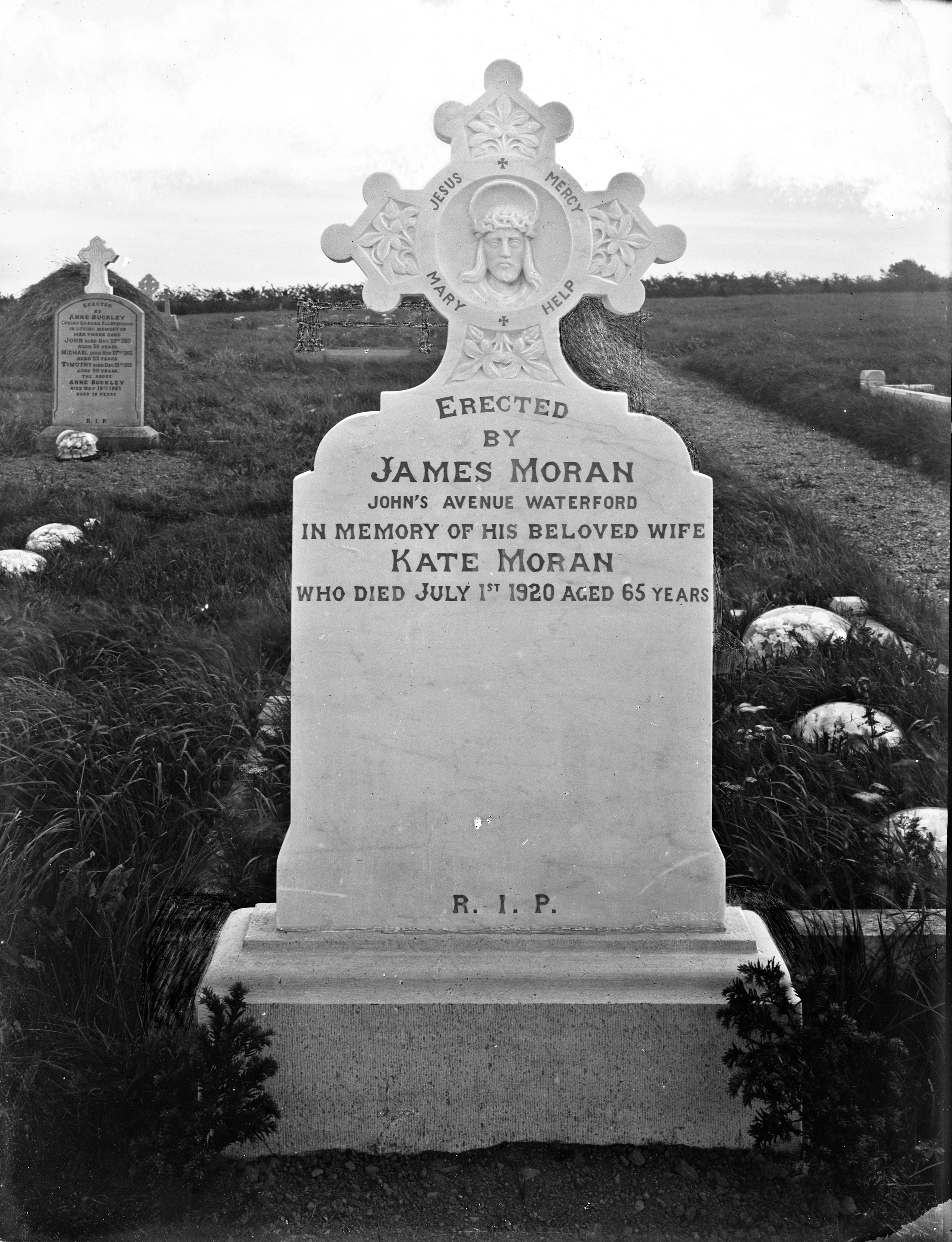 Try to find the date or year when this image was made.
Thanks for contributing!
Welcome to the first (and only) weekend edition on this stream. We are delighted to present this Poole photograph for your comment. Our catalogue entry reads “Tombstone of Kate Moran who died July 1st 1920, commissioned by Mrs. Noran, Johns Avenue, Waterford”. I would guess that Mrs Noran should be Mrs Moran? I’m confused already. Over to you.

+++ UPDATE +++
We found out that this photograph was taken in St. Mary’s graveyard in Ballygunner, Waterford. Kate, or Catherine Moran, died on 1 July 1920, at age 60 rather than 65 as it says on this gravestone. Or did she? This is another fine example of fuzzy ages on official documentation, as Kate Moran was recorded as 48 in the 1901 census, but 55 in 1911. She was recorded as 20 when she married mason James Moran in 1874, which implies she was indeed 65 when she died, but this also means that Kate was married to James for 37 years in 1911, not 32 years as it says in the 1911 census.