Betsey is a stick in the mud 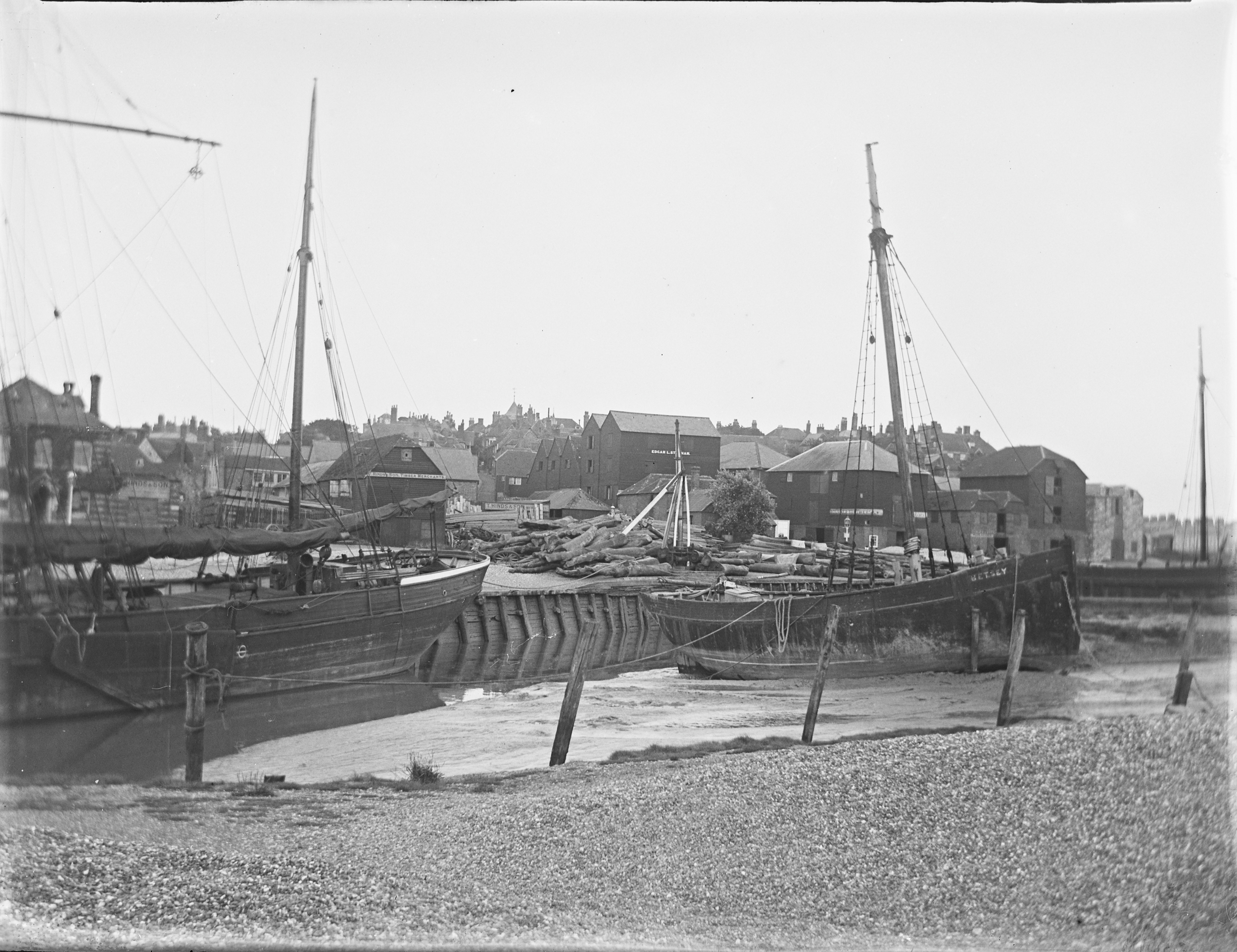 Try to find the date or year when this image was made.
Thanks for contributing!
After yesterday’s excitement in the “Cockpit of Europe”, we stay with the Dillon family and they on their travels. Boxhill, Christchurch is clearly not the one in New Zealand with those buildings! Where were they, and what does that scene look like now? Whatever happened to poor auld Betsey? Did she come to a sticky end?

+++ UPDATE +++
Thank you to all the usual suspects for correctly locating this photo for us. This is the Harbour at Rye, East Sussex in England. The reference to Boxhill in our catalogue title should therefore be Bexhill. Sharon Corbet found references in Dover newspapers to Betsey, a sloop sailing into and out of Rye in the 1890s, frequently transporting “beach for J. Jackson”. Beach was not a misspelling of beech wood, as Suck Diesel initially thought. It emerges, thank you George Fitzpatrick, that “Transporting beach would refer to pebble aggregate seen in the foreground. It is known as Canterbury Spar used for garden paths and also dash on walls”.