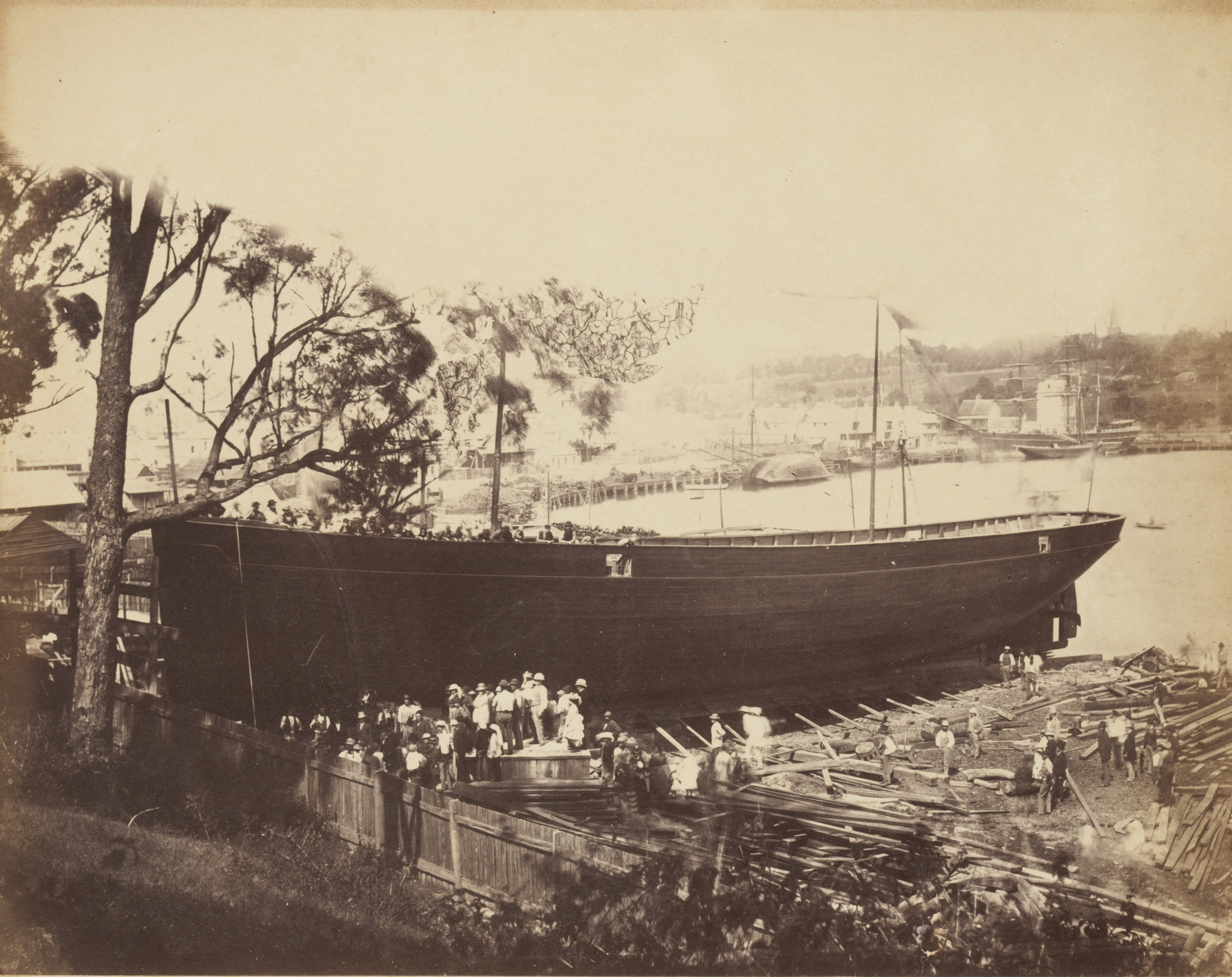 Try to find the date or year when this image was made.
Thanks for contributing!
In the 1870s and 1880s Woolloomooloo Bay was known principally as a place where sailing boats could be hired, and where prawns and other bait could be bought from the boys lined along the water's edge. This picture taken around the same time, possibly by John Degotardi, shows the old boat sheds, and reclaimed land around the wharves. On the left we can see Daniel Sheehy's shipbuilding yard with the wooden screw steamer Llewellyn about to be launched into the bay.