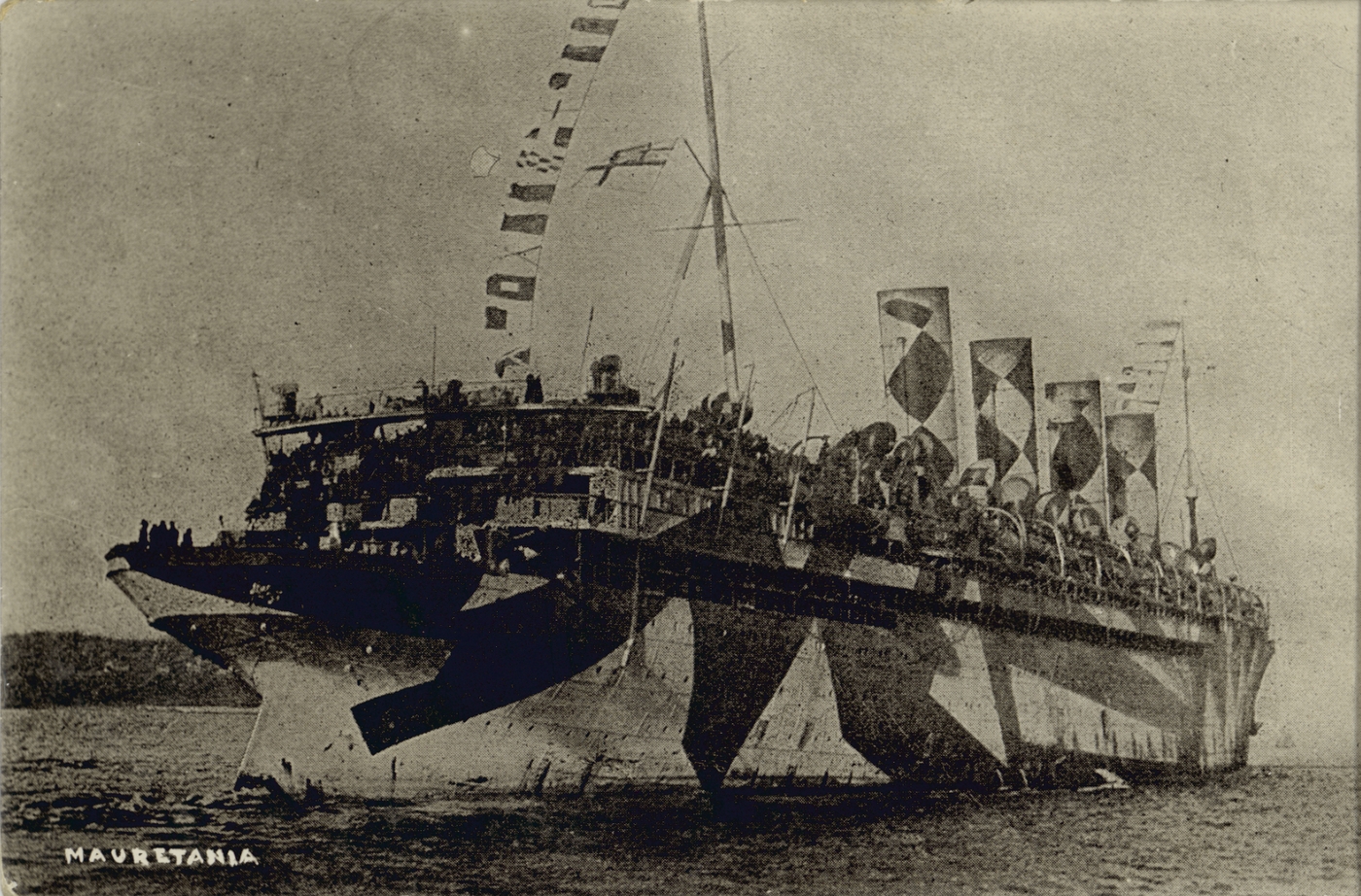 Try to find the date or year when this image was made.
Thanks for contributing!
RMS Mauretania was an ocean liner designed by Leonard Peskett for the British Cunard Line. She made her maiden voyage on 16 November 1907 and was the world's largest ship until the completion of RMS Olympic in 1911.

In 1915 she was ordered by the British government to serve as a troop ship to carry British soldiers during the Gallipoli Campaign. This photo is from around that period and shows her painted in wartime 'Dazzle Camouflage.'