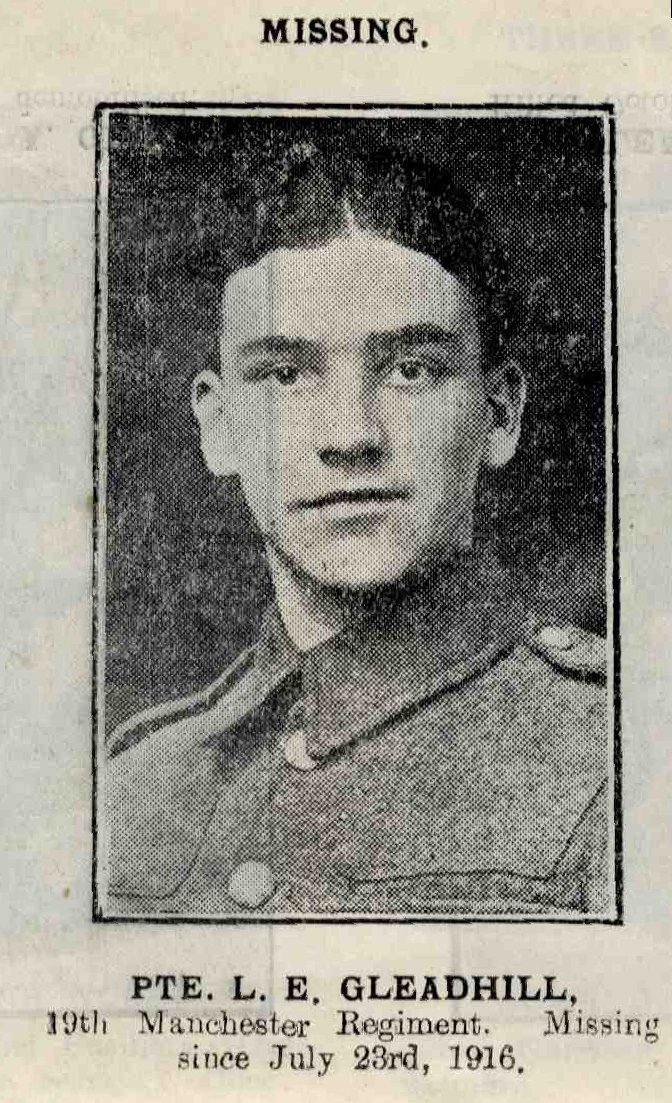 Try to find the date or year when this image was made.
Thanks for contributing!
Leonard Gleadhill was born in Beverley on 9 October 1896. His father was James Henry Gleadhill who was a chalk pit labourer; his mother was Elizabeth Gleadhill (nee Hardy). Leonard was one of six sons, only one of which, Robert Edgar, did not serve in the army in the war.

Leonard served as a private in the 4th Manchester City Pals Battalion (the 19th Battalion of the Manchester Regiment) and arrived in France on 8 November 1915. He died 23 July 1916. On this day the 19th Manchesters were involved in an action on the Somme, 7 officers and 493 other ranks went missing, including Leonard. He was posted as missing in the Beverley Guardian of 12 August 1916, but was still only “presumed dead” at the end of the war. His body was never recovered and he is remembered on the Thiepval Memorial to the Missing on the Somme.

He was awarded the 1914-15 Star and the War and Victory medals. He is commemorated on the Hengate War Memorial and on the East Riding Memorial in the Minster recorded as “L.E.Gledhill”

For any enquiries about this image please quote the archive reference 'WL'.