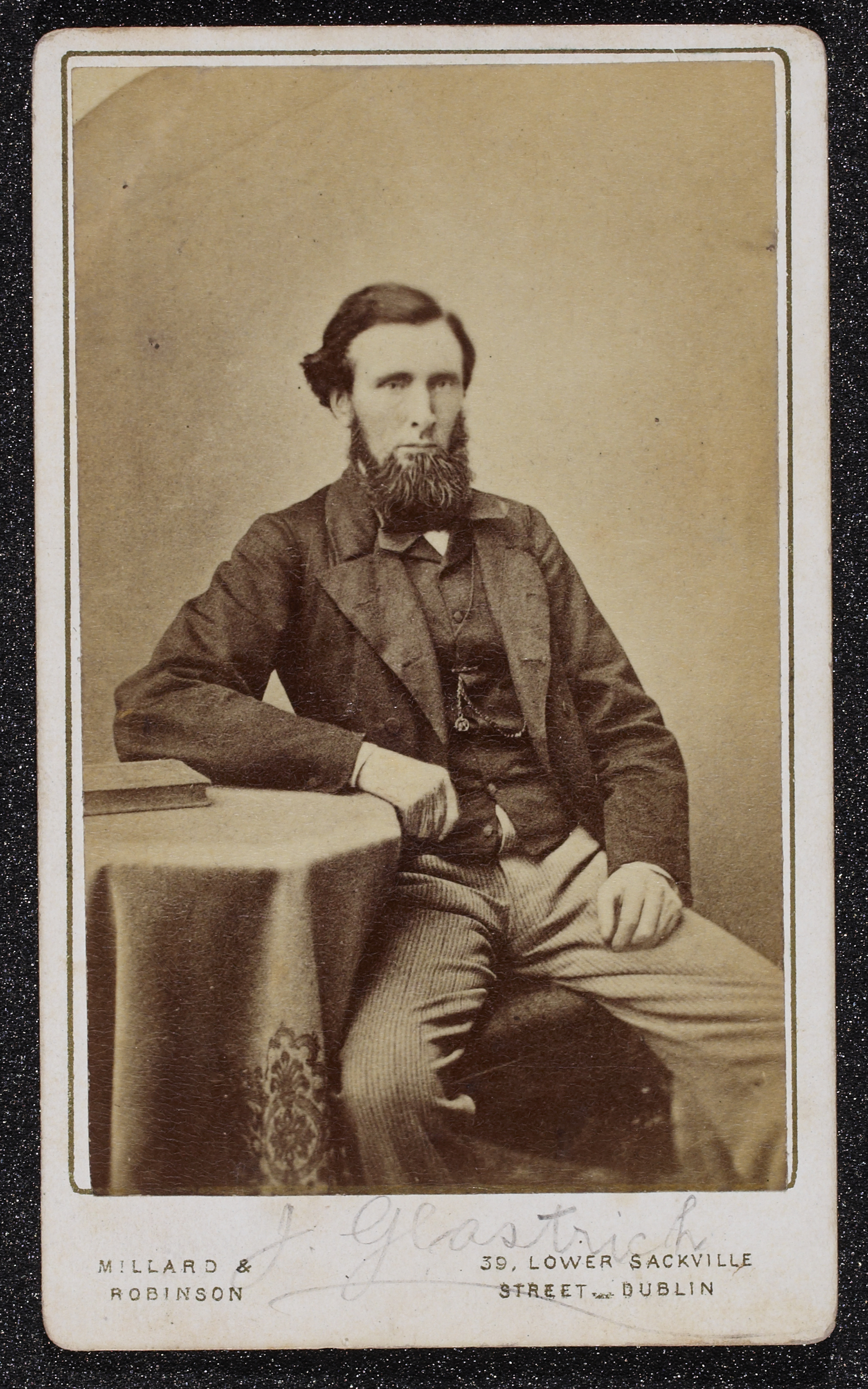 Try to find the date or year when this image was made.
Thanks for contributing!
This image of John Tyndall has so much information contained within regarding sartorial, tonsorial and “barborial”, all denoting the fashions of a time! Who was John Tyndall? Did he write songs as well, or was he a wielder of the sword rather than the pen?

+++ UPDATE +++
Turns out he was more of a wielder of the mind, rather than sword or pen. There was some initial argument as to whether this was, in fact, John Tyndall – based on hair parting, facial features, facial hair, apparent age in various portraits, and the name J. Glastrich on the carte-de-visite itself. However, the consensus is that this is indeed physicist John Tyndall, professor of physics at London’s Royal Institution from 1853 to 1887. He was a very interesting fellow.
Domhnall Sioradáin provided us with a succinct biography:
Tyndall, from Leighlinbridge, Carlow, is remembered in Cork, in the Tyndall National Institute. He left Carlow at 18 to work for the Ordnance Survey around Munster, before moving to Preston. He is noted for his explanation of why the sky is blue (Rayleigh scattering), heat absorption by CO2 in the atmosphere, and the measurement of aerosols by scattering (Tyndall effect).