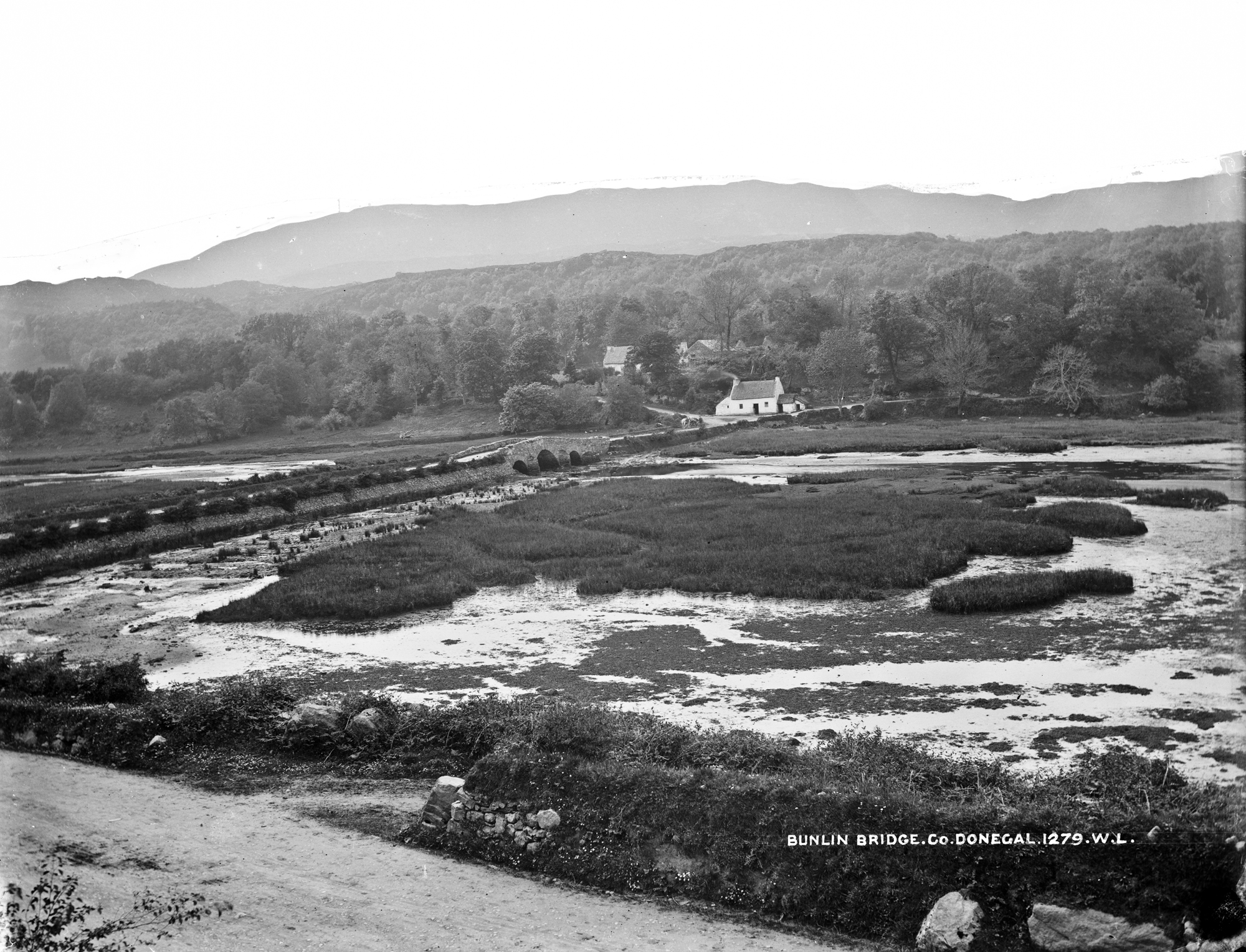 Try to find the date or year when this image was made.
Thanks for contributing!
We had another personality lined up for today, but since yesterday’s post I have The Rising of the Moon playing live in my head, so we’re off to Donegal! Bunlin Bridge somewhere in that beautiful county looks like quite a feat to create the causeway and build the bridge. Is it still as picturesque today?

+++ UPDATE +++
A big thank you to all of our usual suspects for finding out, and more importantly, for telling us that the cottage, the mill wheel, and the humpback bridge are sadly, long gone. The cottage was Widow Algoe’s, and Tuck Mill was a flax mill. They unearthed references to Molly Maguire activity in the area, and open-air masses in the late 1860s. In 1876, the widowed Mrs Algoe was evicted with her six children from the cottage for allegedly cutting some trees, “contrary to the order of” her landlord. She retook possession of her cottage in 1878, perhaps thinking that the assassination of her landlord, Lord Leitrim, might save her. However, the estate's agents evicted her again. And our resident newspaperman, John Spooner discovered that in August 1939, the Londonderry Sentinel newspaper considered it newsworthy that a pair of swans chose this inlet to nest and rear their young – must have been a very slow news month.