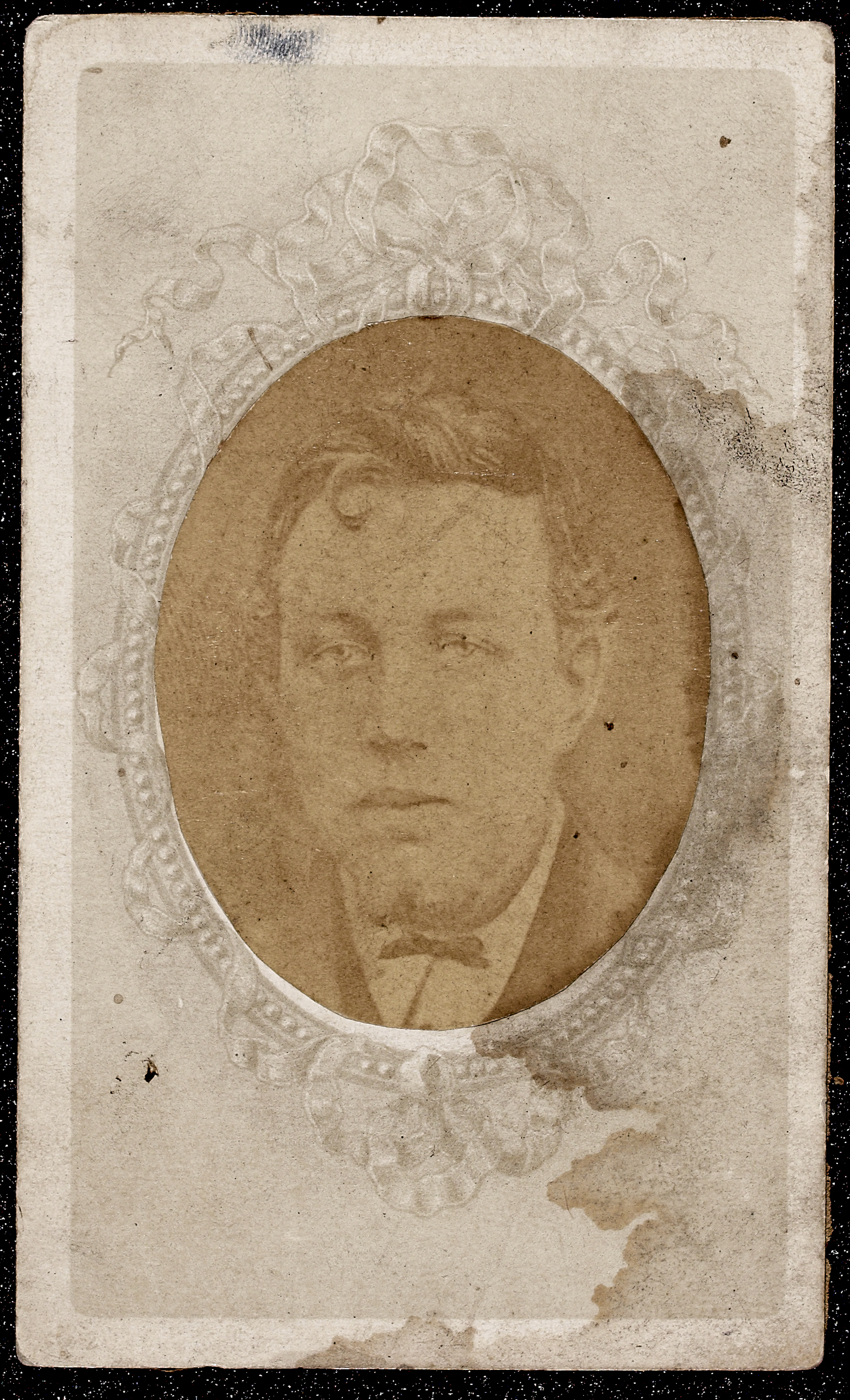 Try to find the date or year when this image was made.
Thanks for contributing!
John Keegan Casey, or as the police would say, John Keegan alias Leo Casey, in a very old and faded photograph for today’s image. A big change from the wide and crowded street of Kingscourt to the clouded and tragic world of the Fenian Brotherhood. What can we find out about John, and what happened to him?

+++ UPDATE +++
Thank you to everyone for the great information contributed about John Keegan Casey, who we found out was a poet, a teacher, a scholar, and a Fenian. BeachcomberAustralia found a great article in the Irish Times although he says it’s "hopefully reliable”. How very dare you? That’s the ‘paper of record’ you’re casting asparagus at! :))

Anyway, among many gems in that article by Denis Fahey was this interesting little nugget:
“His coffin was draped in silk banners of green white and orange, the first recorded use of a tricolour for this purpose, and thousands of people marched in a procession from his home to Glasnevin Cemetery.”