And the truth shall set us free... 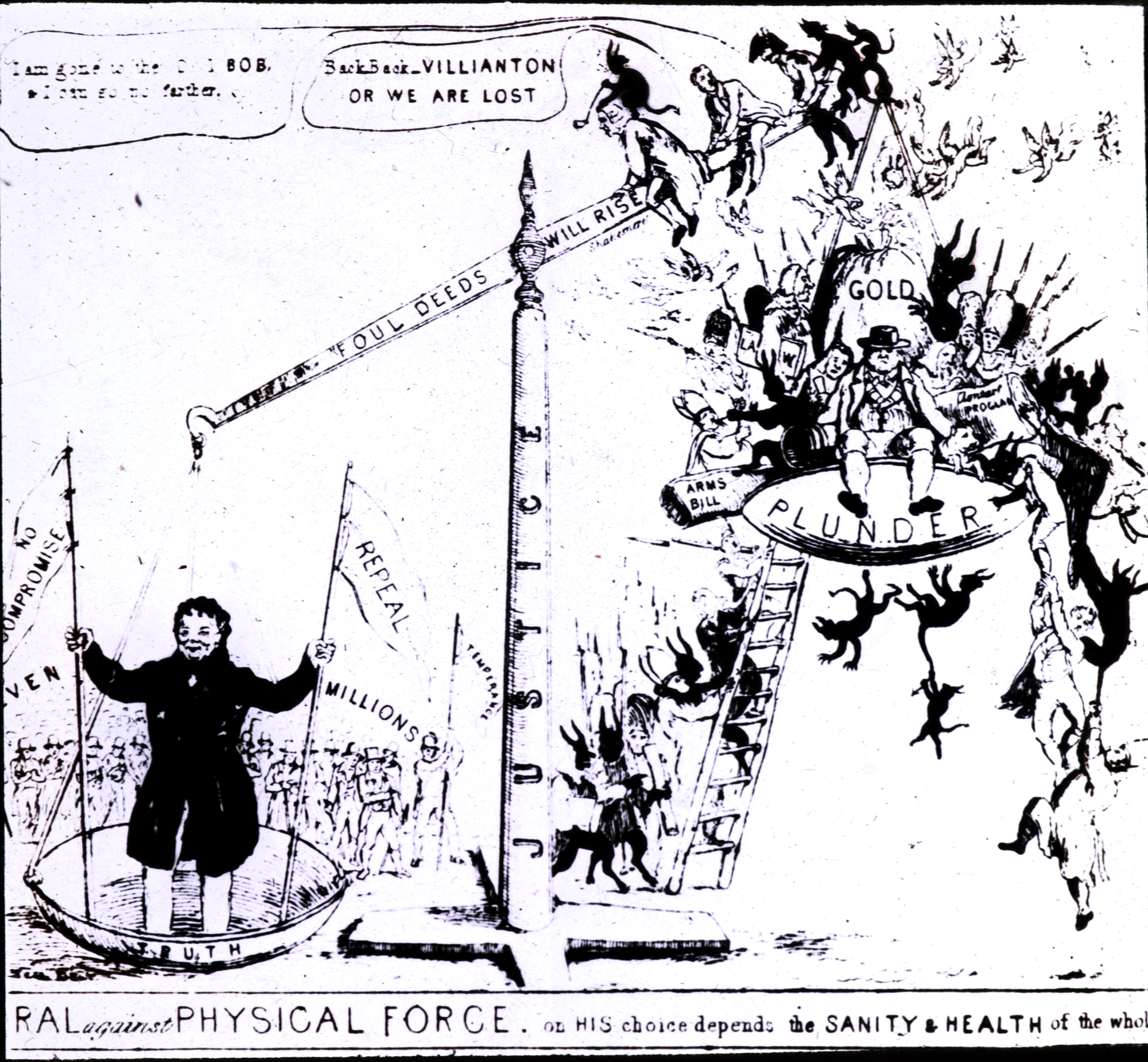 Try to find the date or year when this image was made.
Thanks for contributing!
One of Ireland's greatest heroes and statesmen who has streets and monuments named after him all over the country is now almost a forgotten man! Daniel O'Connell was a powerful figure in the 19th century who did not believe in the use of force but who put the fear of God into his opponents at that time. This caricature gives some sense of his power and the belief that people had in him!