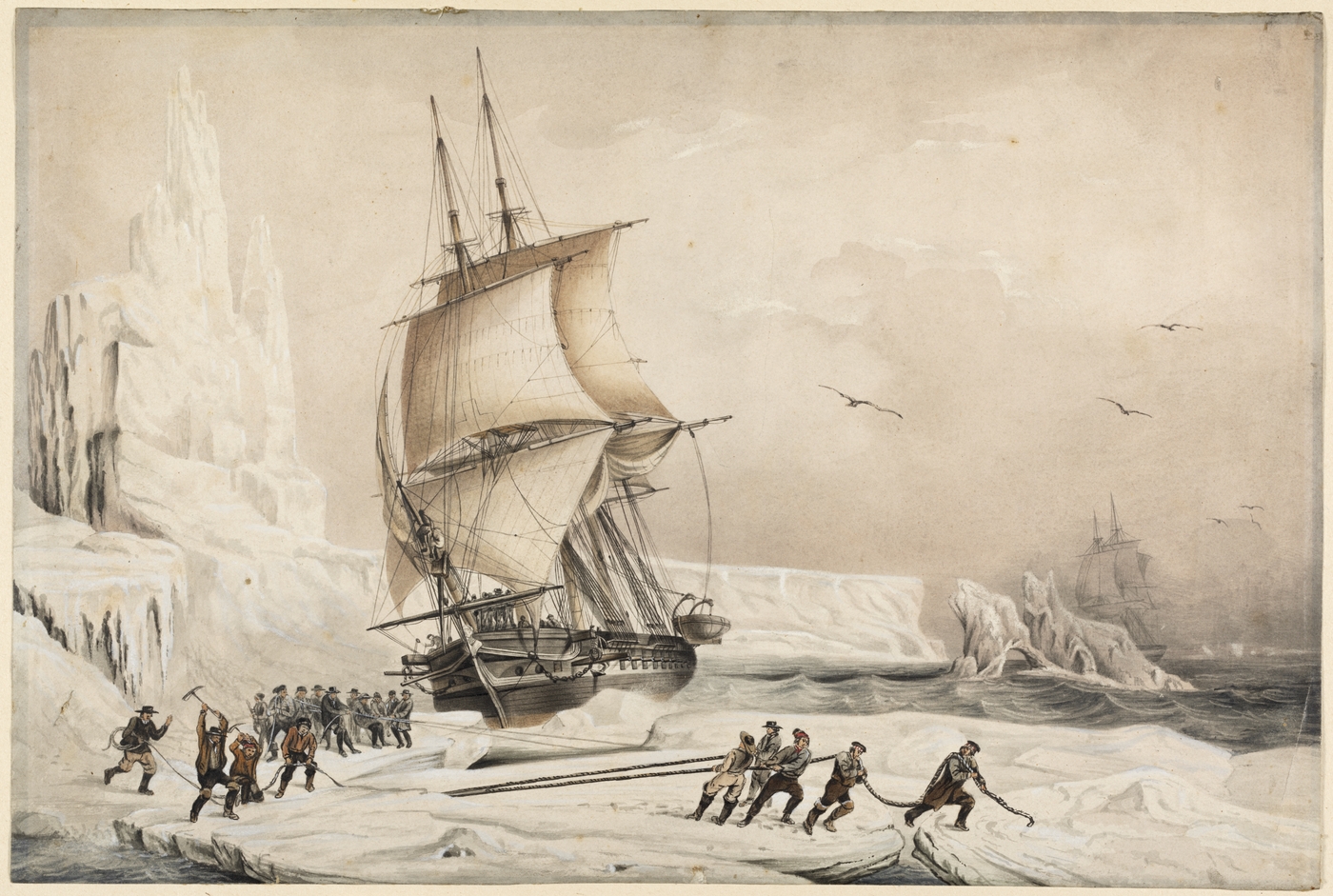 Try to find the date or year when this image was made.
Thanks for contributing!
This watercolour painted by A. Mayer is of the Astrolabe and Zélée caught in Antarctic ice in 1838.

The ships were on Jules Dumont d'Urville's Second Voyage of exploration which had left Toulon on 7 September 1837. One of their main objecttives was to discover the South Magnetic Pole but on 1 January 1838, two weeks after sighting their first iceberg, the ships became entangled in a mass of ice.

Over the next two months d'Urville led increasingly desperate attempts to find a passage through the ice so that he could reach the desired latitude. d'Urville was eventually forced to give up the search and directed the two ships towards Talcahuano, in Chile, where he established a temporary hospital for the crew members affected by scurvy.