Happy at his work! 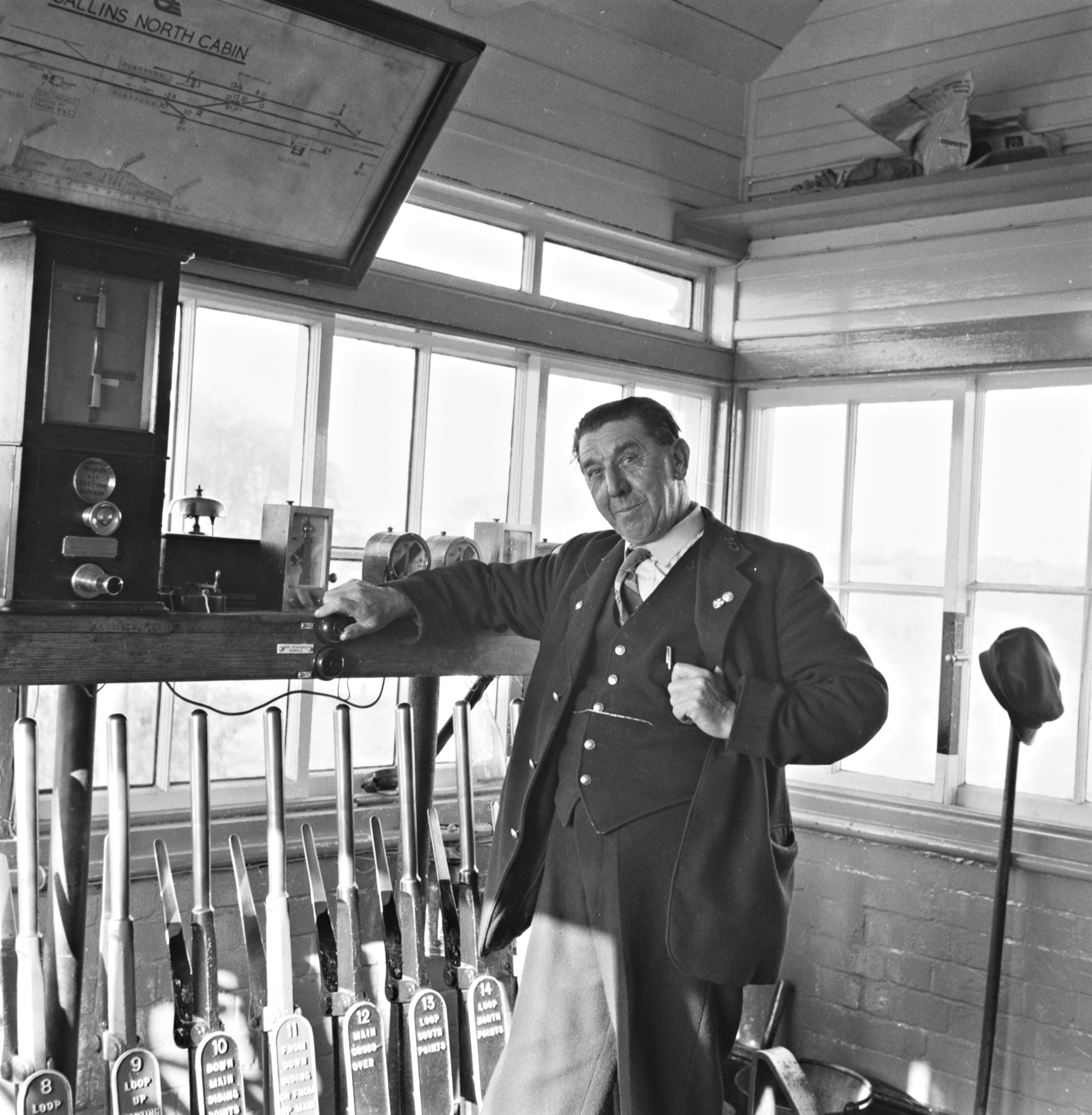 Try to find the date or year when this image was made.
Thanks for contributing!
This Harry Crosby may not have the money or fame of his current namesake but he looks like a man who is content with his lot. A portrait from the lens of Mr. O'Dea this morning from the signal cabin in Sallins, County Kildare. Full of levers, switches and buttons the signal cabin was not for the faint hearted - except on the West Clare Railway:-)
I love the brush handle being used to hang the cap:-)