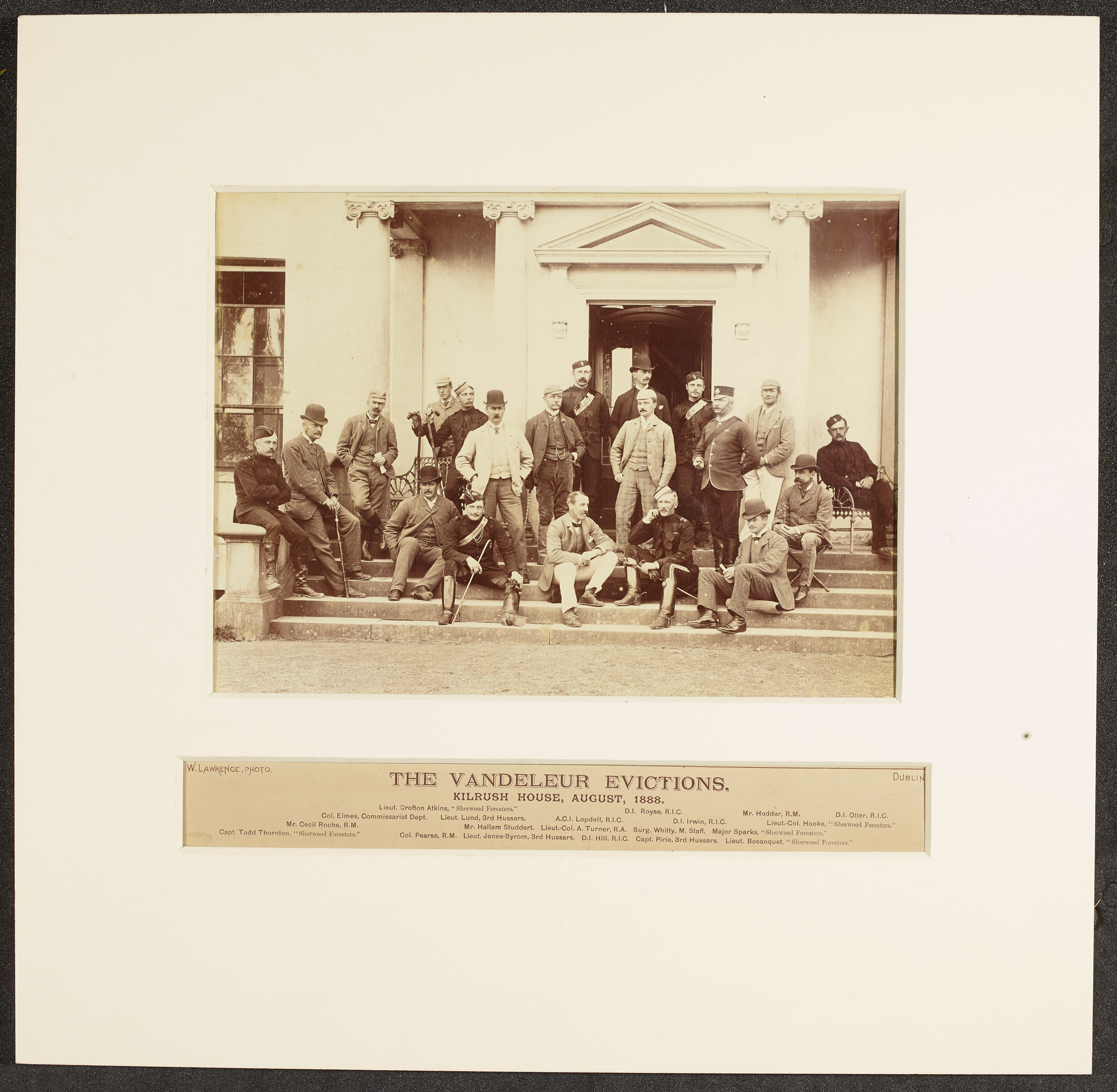 Try to find the date or year when this image was made.
Thanks for contributing!
Those among you Flickroonies who've been with us for a long time will be familiar the 1880s eviction photographs that we've posted over the years. They're mostly action shots of depredation and desperation. This one is rather different, with many of the dramatis personae pictured calmly sitting on the steps of Kilrush House.

p.s. Apologies for late posting! You just can't get the staff these days... ;)