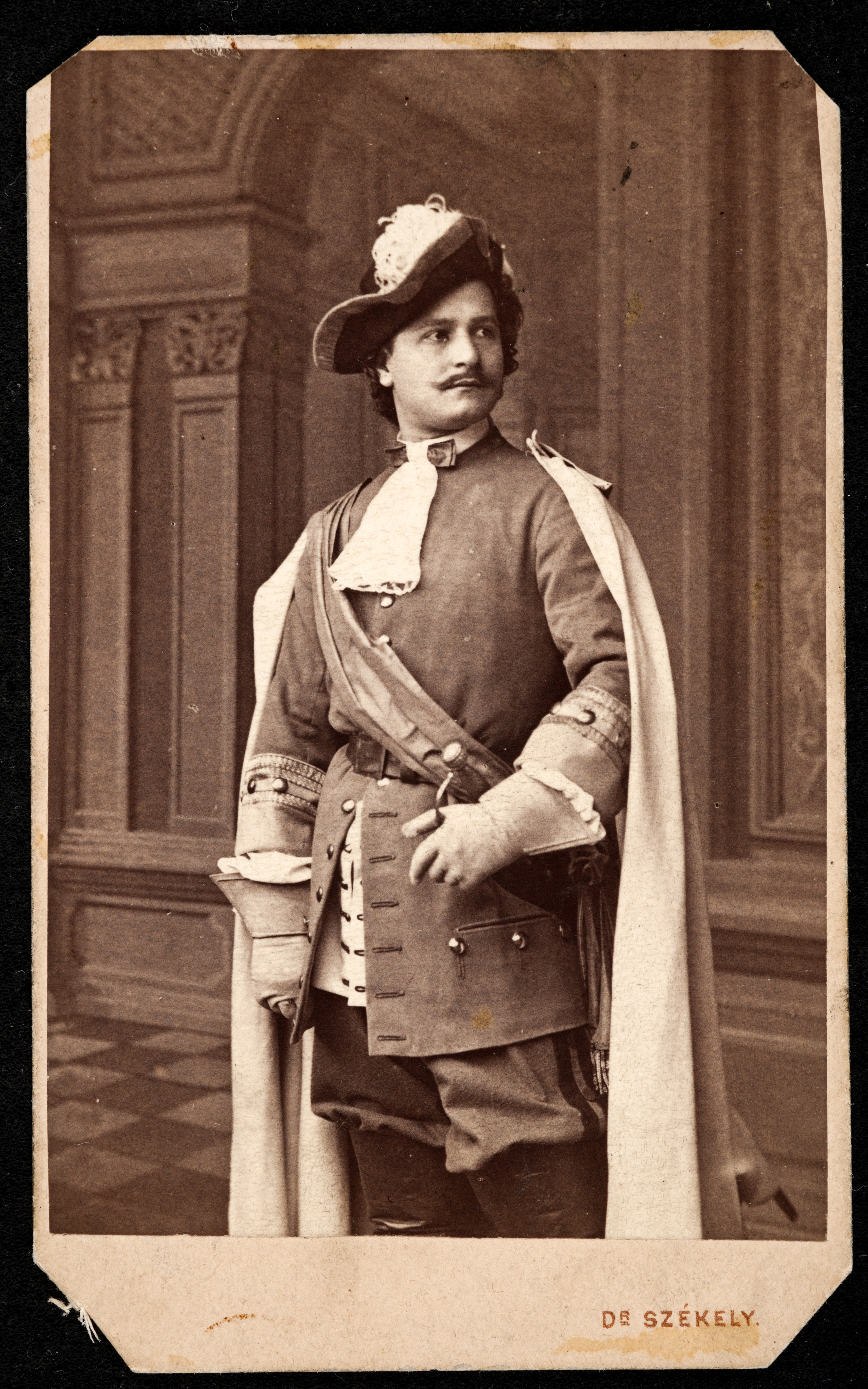 Try to find the date or year when this image was made.
Thanks for contributing!
Szekely, Josef (1838-1901). Vienna, Austria. Portrait of the German actor Friedrich Krastel ( 1839-1908) who worked at the WienerBurgtheater from 1864 until he died in 1908. The Hungarian photographer Szekely attended the University of Vienna and graduated in 1860. Later he opened an atelier in Heinrichshof near the Viennese Opera. He became a professional photographer and in 1867 he won the Bronze Prize at the World’s Fair, world exposition, in Paris and in 1878 he won the silver medal. Albumen paper. Carte de Visite from Austria.