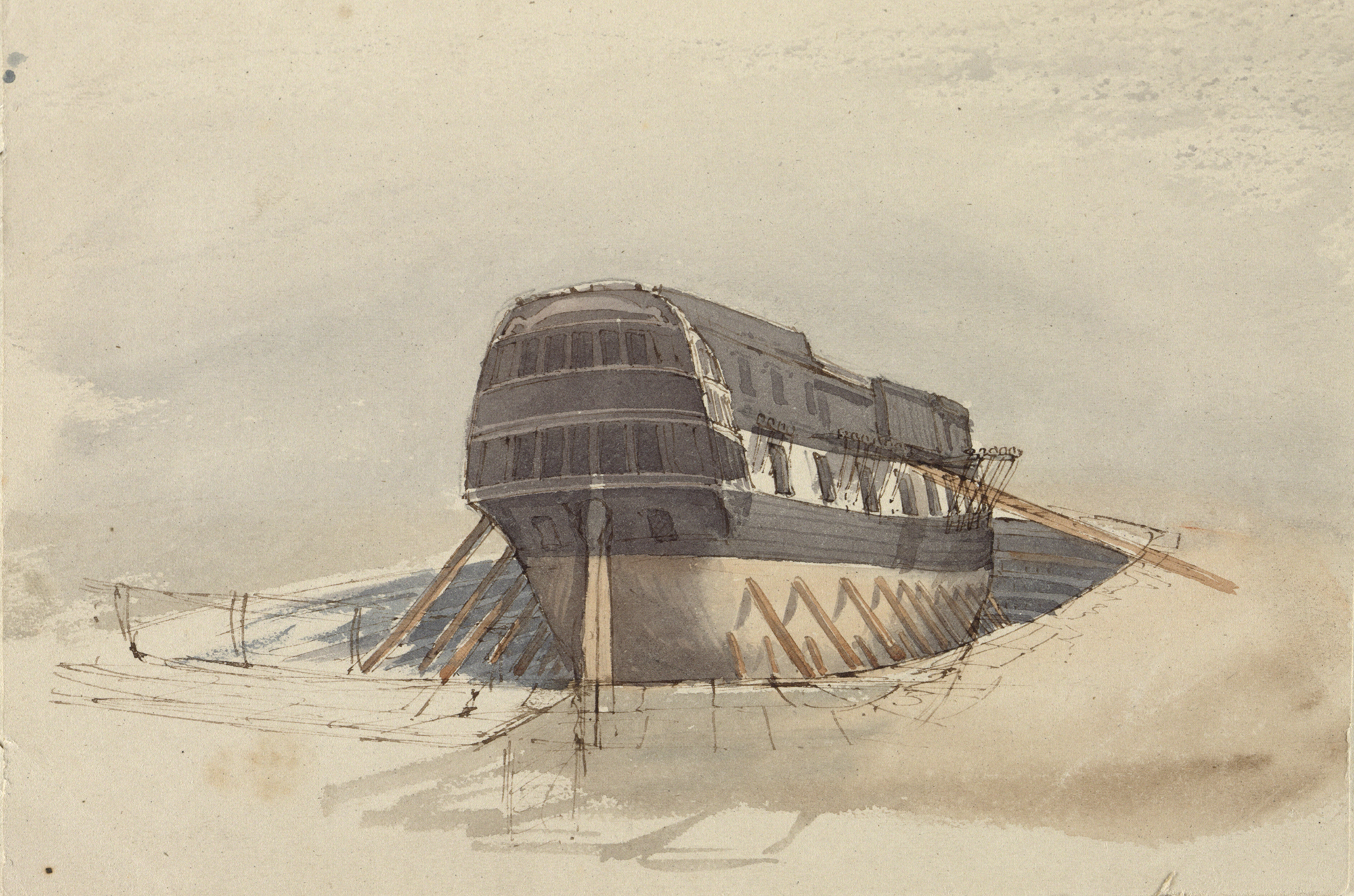 Try to find the date or year when this image was made.
Thanks for contributing!
"My first introduction to H.M.S. Rattlesnake", 1846, unfinished watercolour by Owen Stanley.

From an album of sketches compiled by naval officer, Owen Stanley, whilst in command of the surveying ship, H.M.S. Rattlesnake. Stanley was under orders to survey the inner route along the Great Barrier Reef and to chart the southern coast of New Guinea. On the way north from Sydney in 1848, the Rattlesnake acted as escort to the Tam o'Shanter which was carrying Edmund Kennedy's ill-fated expedition to Rockingham Bay. Stanley died suddenly in 1850 from an illness contracted while surveying the Louisiade Archipelago.