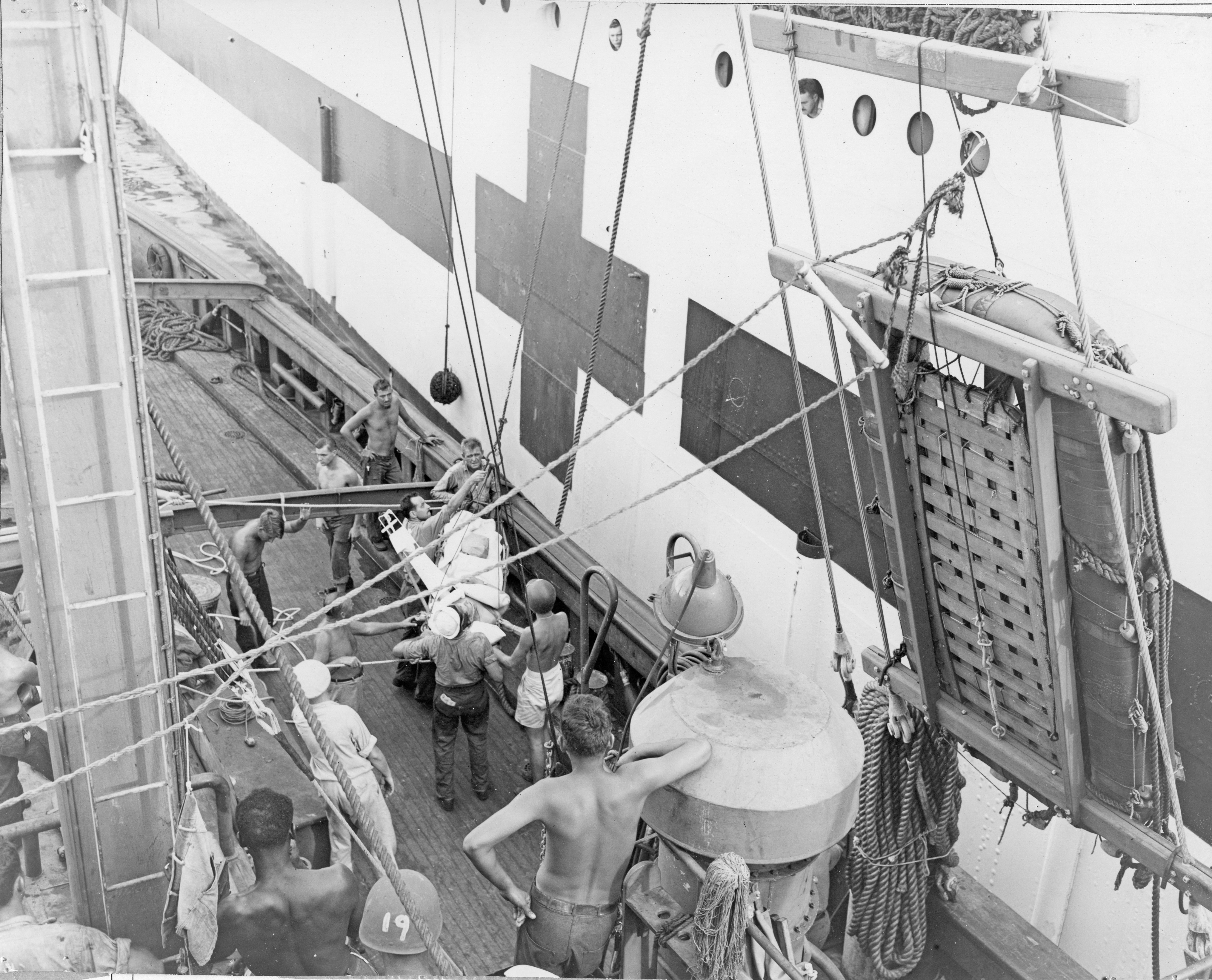 According to Wikipedia, "After a brief overhaul at Espiritu Santo [in September 1944], she served as base hospital at Ulithi until 16 February 1945, when she sailed for Iwo Jima." en.wikipedia.org/wiki/USS_Samaritan_(AH-10)