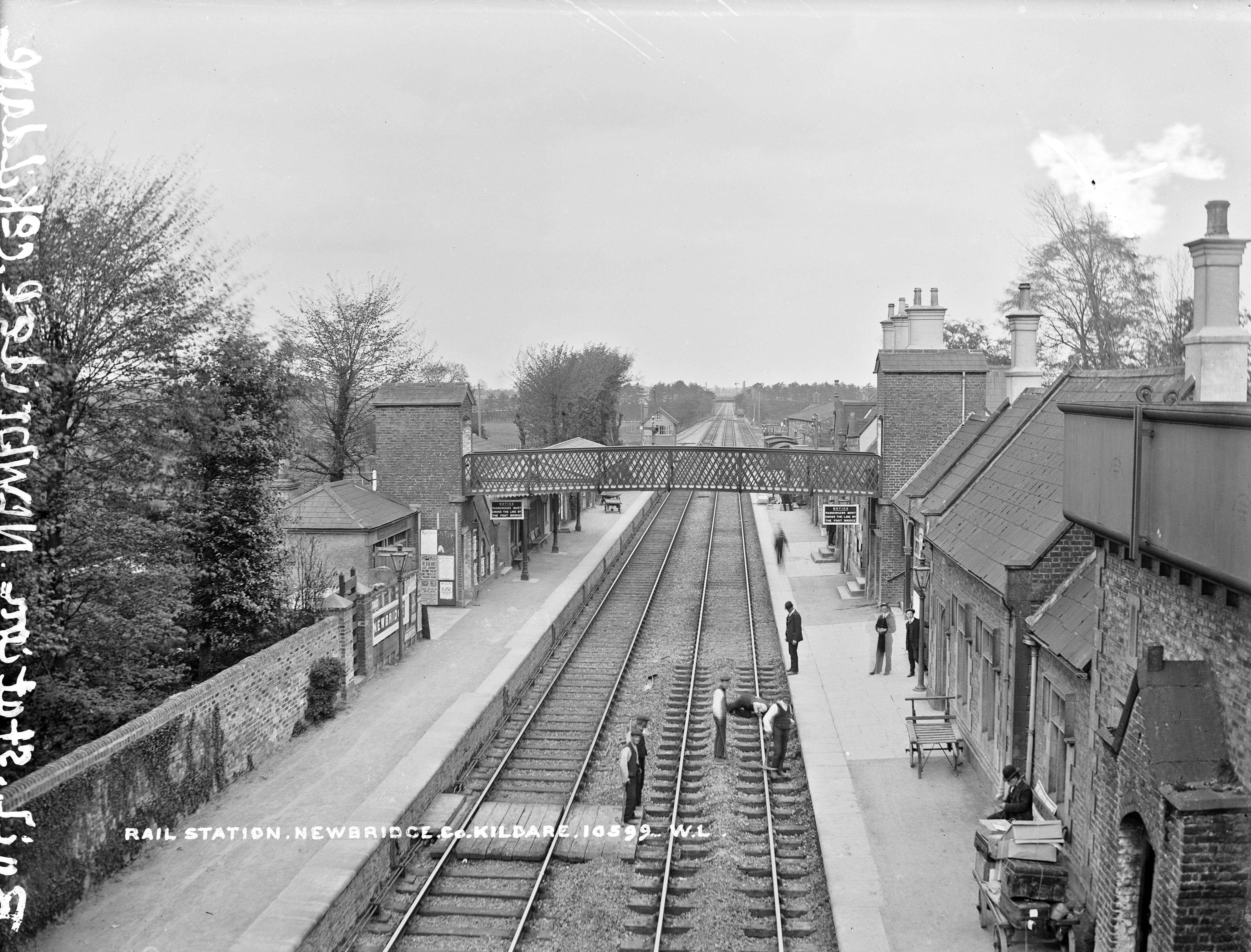 Try to find the date or year when this image was made.
Thanks for contributing!
Our Mr O'Dea may have recorded the decline and fall of the railway system in Ireland, but Mr. French recorded some of its earlier days. This fine image of Newbridge station in County Kildare shows French at his best. Men working on the line while a supervisor looks down from the platform. A fairly tranquil scene otherwise as people wait, but what is the man on the bottom right near the luggage doing?

UPDATE: For the umpteenth time, wall posters helped us establish a fairly sound date for this photo. Thanks to sharon.corbet, BultacoFan, and suckindeesel for narrowing a 20 year time span down to May 1910, specifically after 20th May.

And thank you too, BeachcomberAustralia, for reminding us about how the usage and root of words and language can vary greatly between this Northern and your Southern Hemisphere.