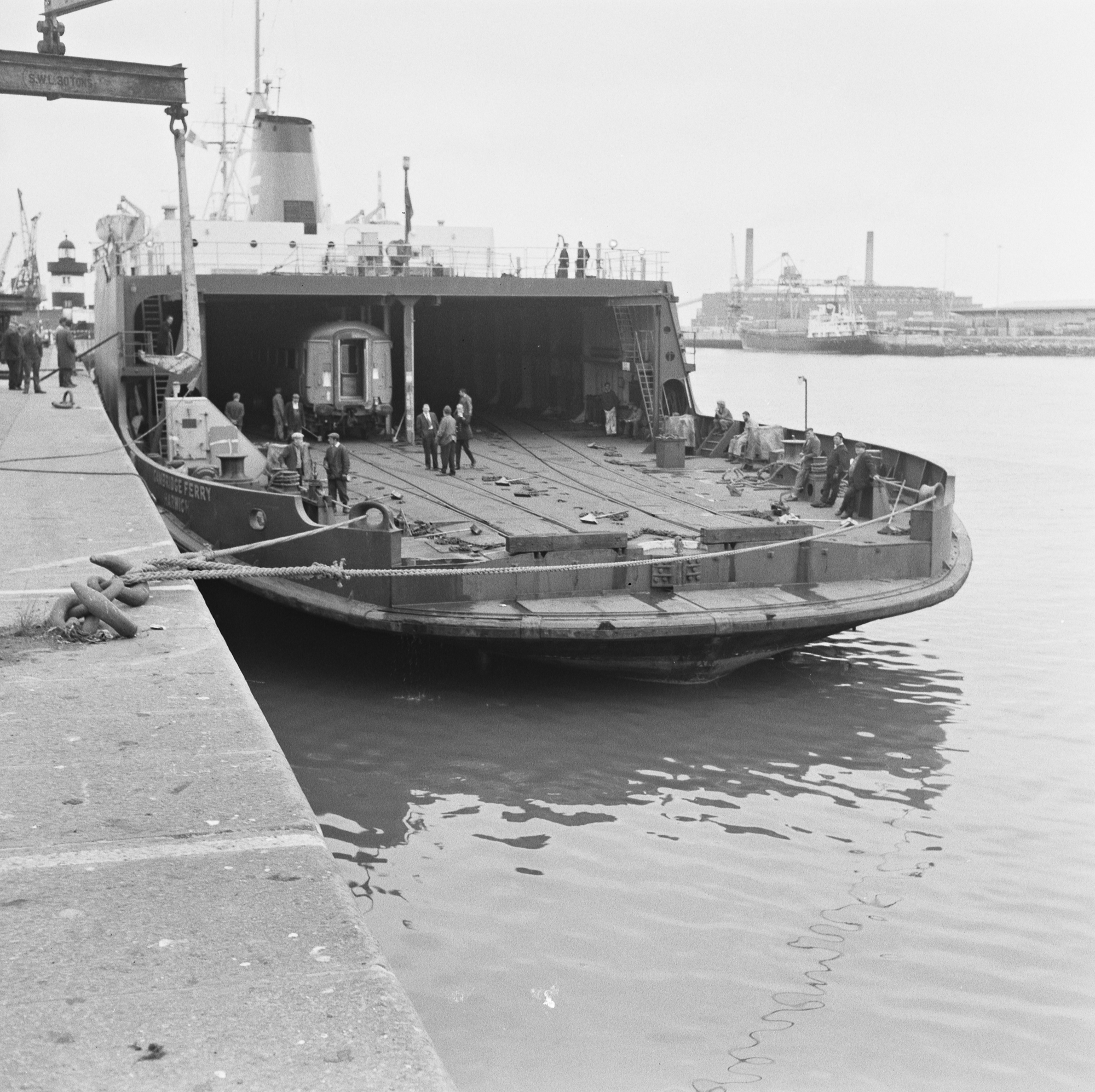 Try to find the date or year when this image was made.
Thanks for contributing!
"Cambridge Ferry" With new carriages ex BR Derby, North Wall, Co. Dublin. with a ship that looks remarkable similar to the ferry that took the troops and equipment from Cork 50 years earlier. Coincidentally just this week Transport for Ireland announced that it had ordered new rolling stock for Irish Rail which will probably arrive at the same point in due course!