Lying out for the wake. 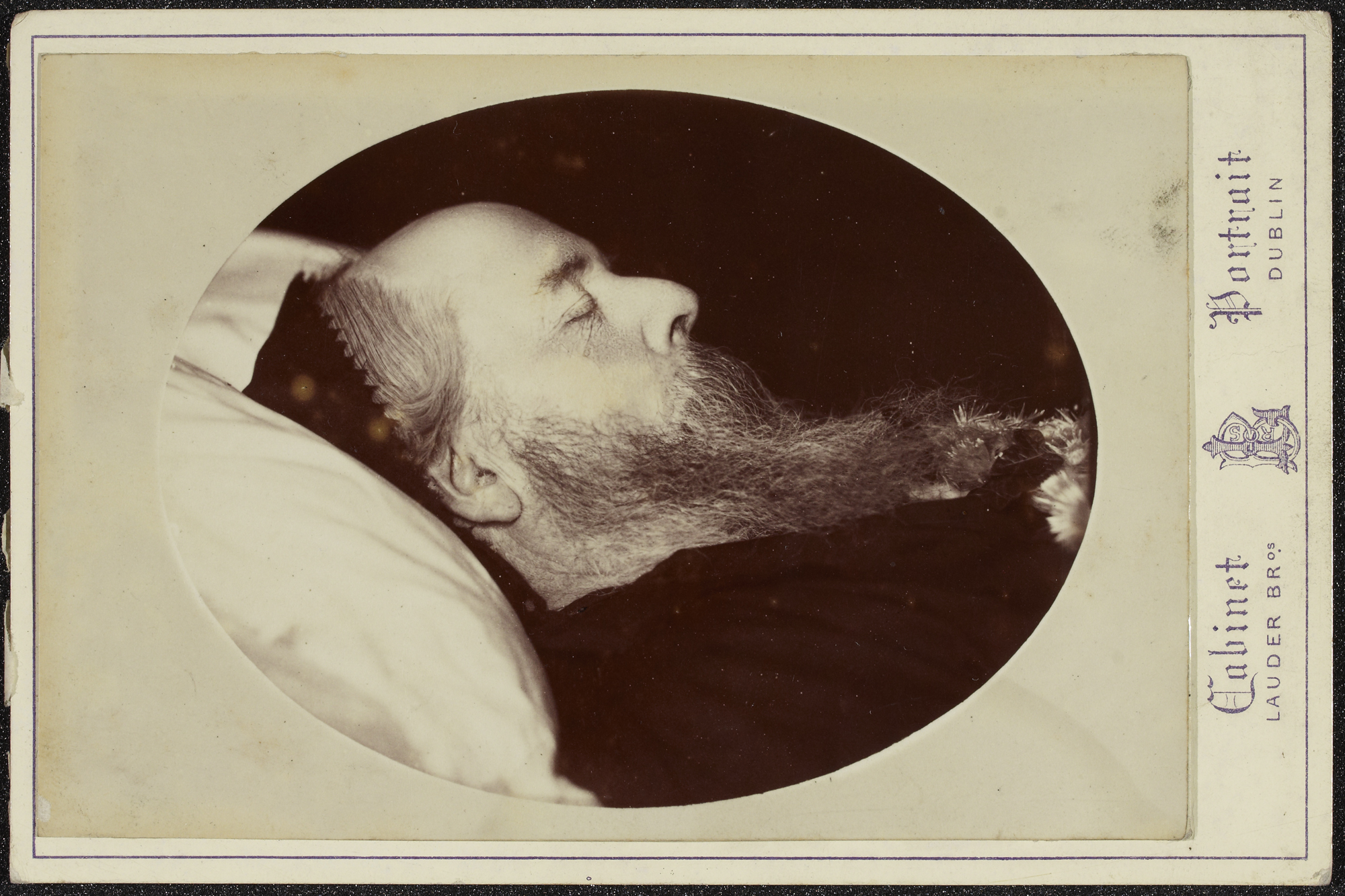 Try to find the date or year when this image was made.
Thanks for contributing!
Today we have a photograph of a man "laid out" in other words who has died and is in his coffin/bed while his friends, relatives and admirers come to pay their last respects. For some reason I think that this is a clergyman though in those days most people were dressed in a "habit" when they were being buried. It probably also means that the traditional Irlsh Wake was not going to have quite the same vigour as most! What can we find out about him and how is he an Irish Political figure?