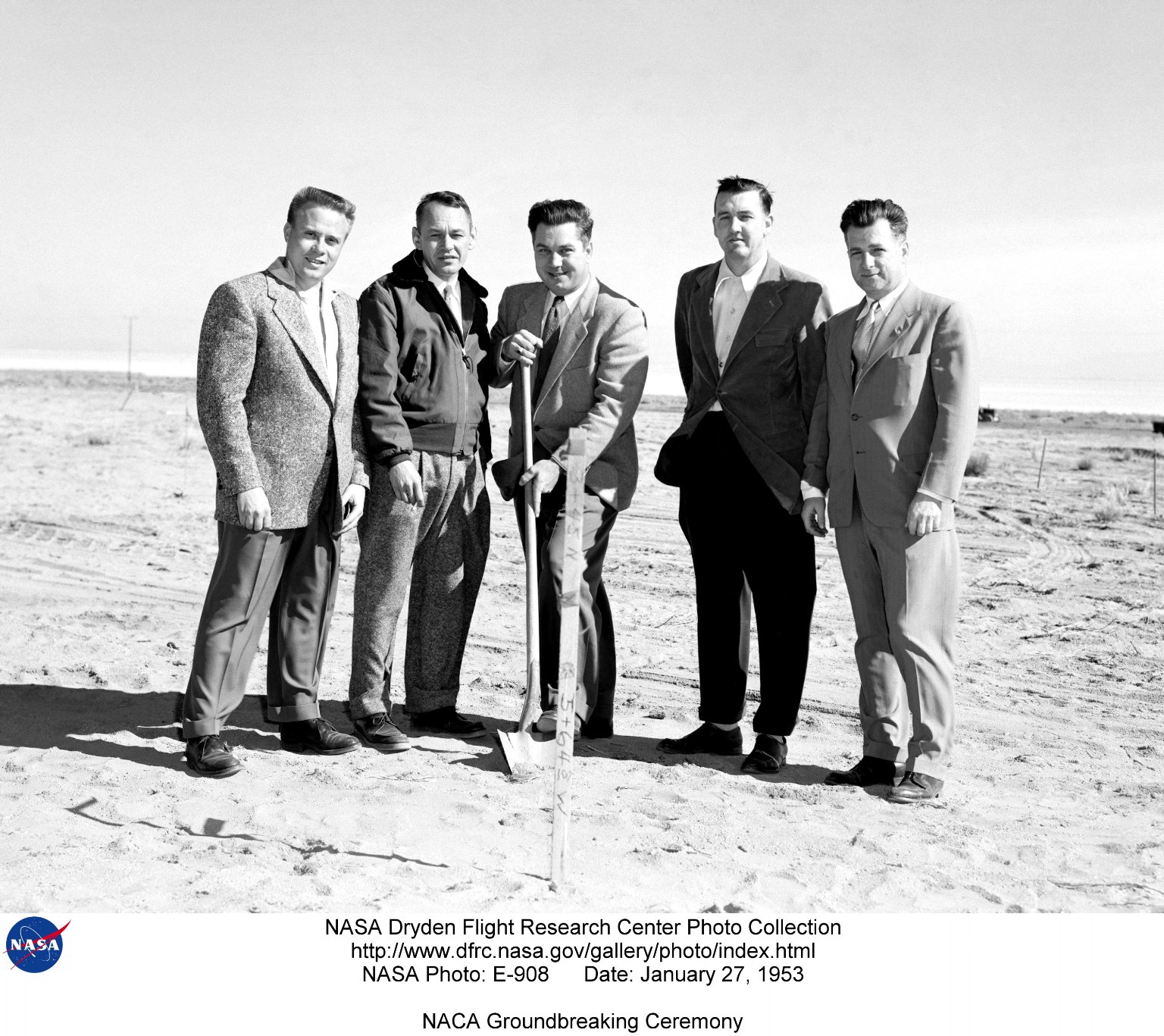 Try to find the date or year when this image was made.
Thanks for contributing!
Description: The NACA High-Speed Flight Research Station, had initially been subordinate to the Langley Memorial Aeronautical Laboratory near Hampton, Virginia, but as the flight research in the Mojave Desert increasingly proved its worth after 1946, it made sense to make the Flight Research Station a separate entity reporting directly to the headquarters of the National Advisory Committee for Aeronautics. But an autonomous center required all the trappings of a major research facility, including good quarters. With the adoption of the Edwards Master Plan, the Air Force had committed itself to moving from its old South Base to a new location midway between the South and North Bases. The NACA would have to move also--so why not take advantage of the situation and move into a full-blown research facility. The Air Force issued a lease to NACA for a location on the northwestern shore of the Roger Dry Lake. Construction started on the NACA station in early February 1953. On a windy day, January 27, 1953, at a groundbreaking ceremony stood left to right: Gerald Truszynski, Head of Instrumentation Division; Joseph Vensel, Head of the Operations Branch; Walter Williams, Head of the Station, scooping the first shovel full of dirt; Marion Kent, Head of Personnel; and California state official Arthur Samet.