Young girl and toddler inspecting a pig in his enclosure, RNA Show, Brisbane, 1940 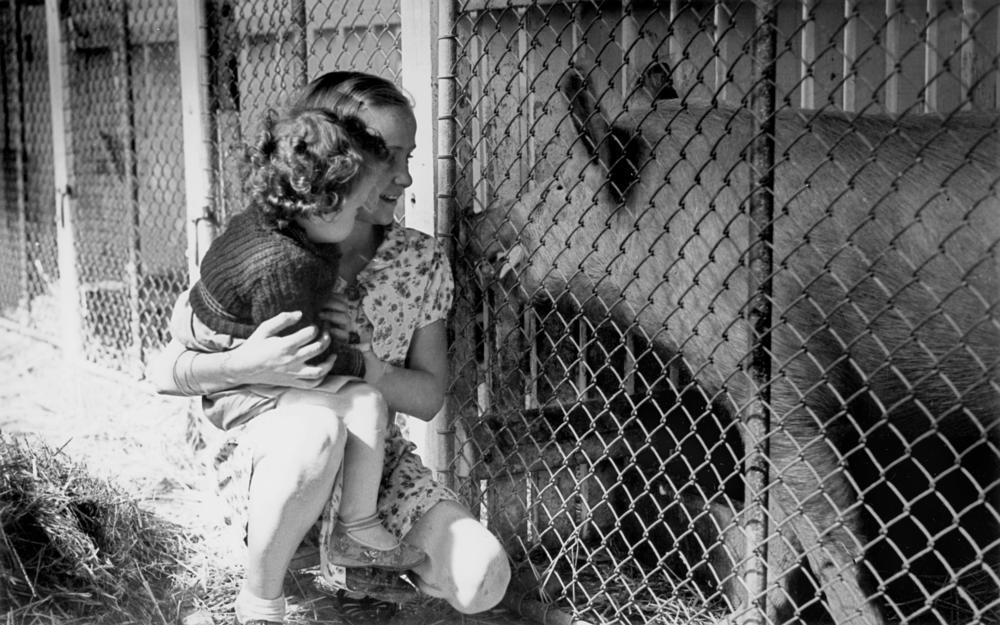 Try to find the date or year when this image was made.
Thanks for contributing!
Photographer: Unidentified

Description: Known locally as the Ekka. The first exhibition on the site of the Brisbane Exhibition Grounds dates to August 1876, with the staging of the first Queensland Intercolonial Exhibition. In 1920 the Prince of Wales [later Edward VIII] visited the Exhibition, following which the Association moved to incorporate the word 'Royal' into its name as the Royal National Agricultural and Industrial Association of Queensland, which over the years has been reduced, unofficially, to the Royal National Association [RNA].