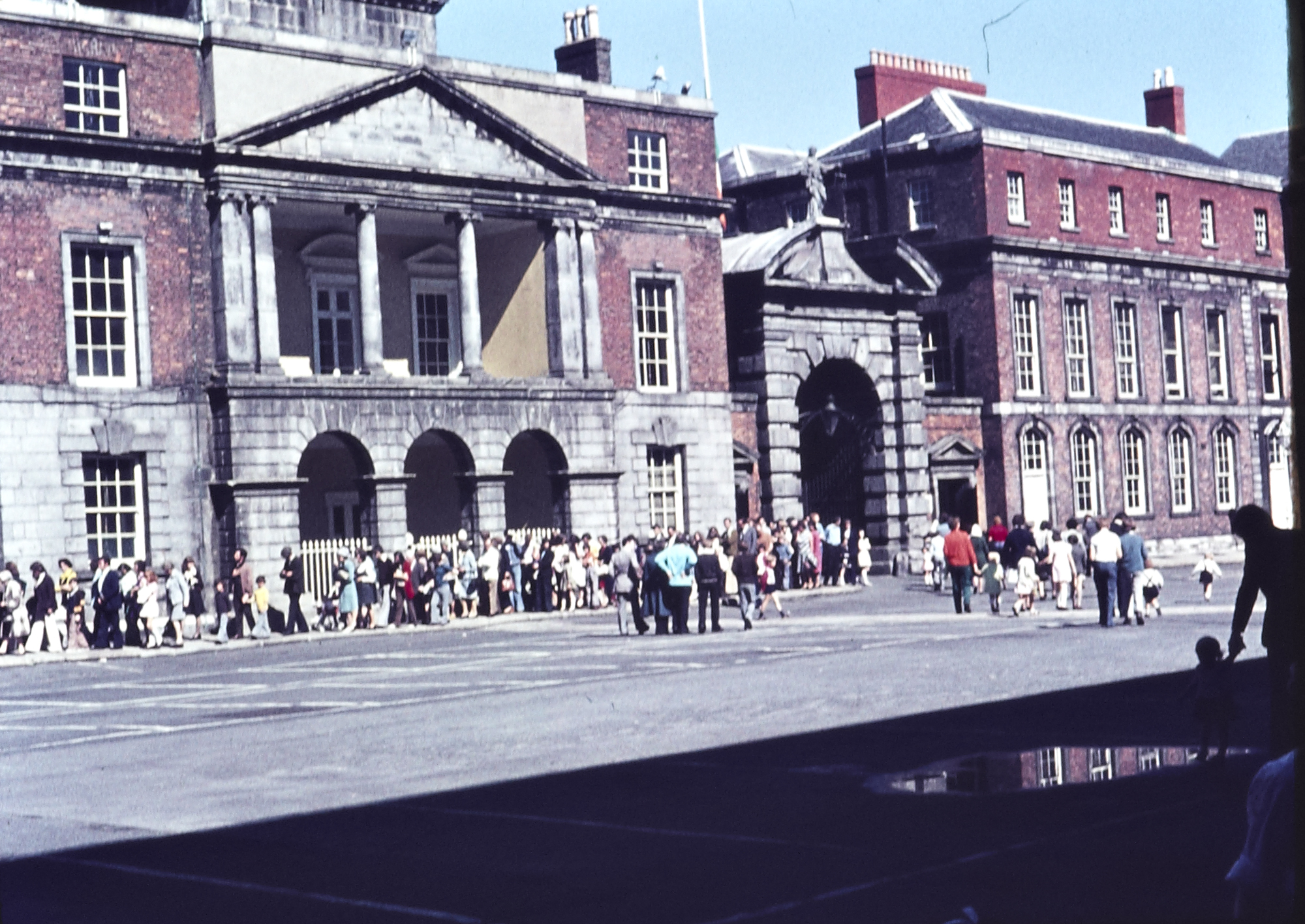 Try to find the date or year when this image was made.
Thanks for contributing!
The faithful queue to pay their respects at the lying in state of Eamonn deValera, former President, Taoiseach, revolutionary and one of the most controversial leaders in Ireland's history. The scene is the Upper Castle Yard in Dublin Castle and it was captured by Michael S. Walker just for the National Photographic Archive!