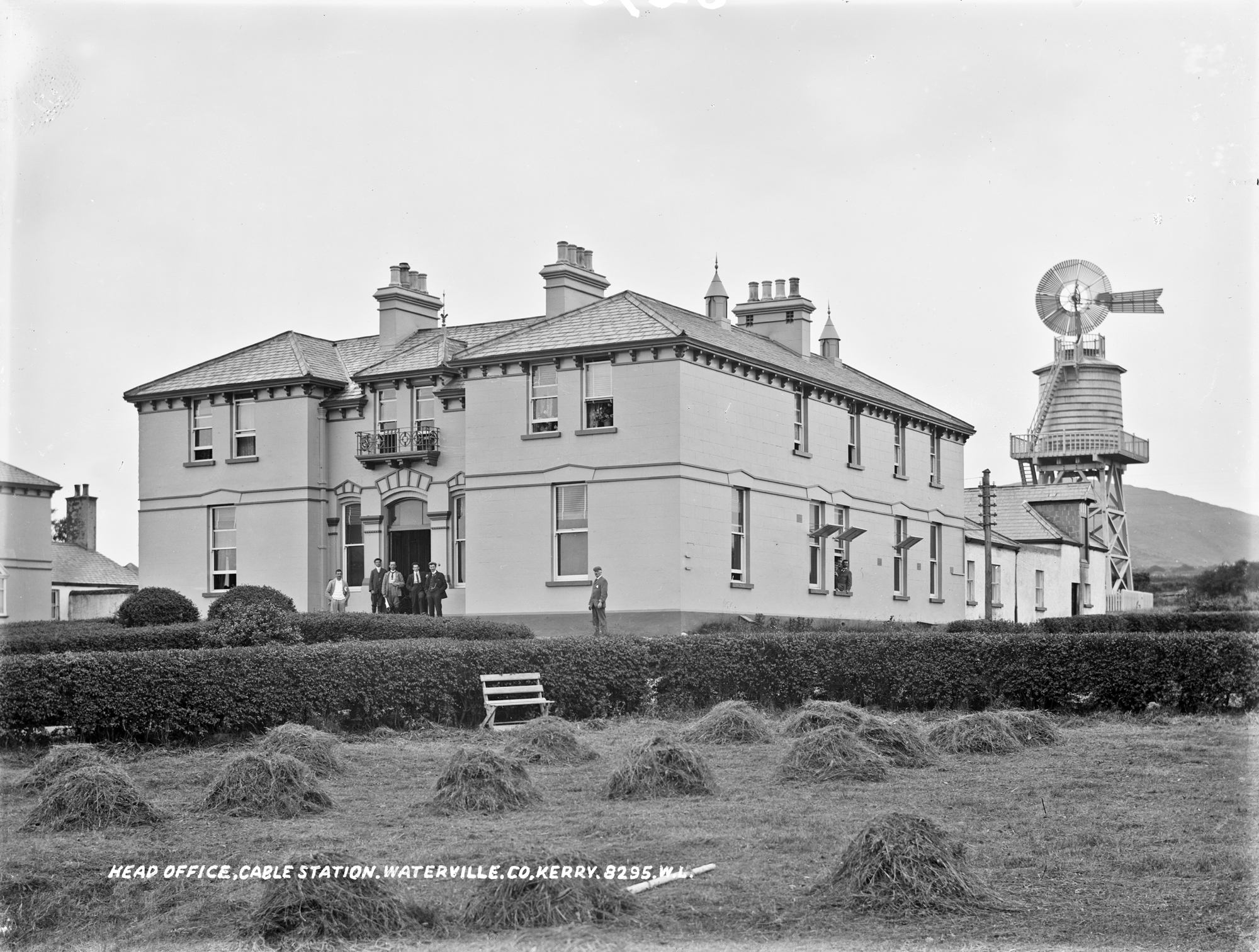 Try to find the date or year when this image was made.
Thanks for contributing!
This Cable Station in County Kerry is bathed in sunshine and looking spruce! In the days when telegrams were the principal long range method of communication working in this building would have been the centre of activitiy. Waterville in good weather would be just heavenly....

.... Except this probably isn't Waterville. According to today's contributors, while this is County Kerry, someone has mistaken the cable station in Waterville for the one on Valentia.