A bit early for Bloomsday? 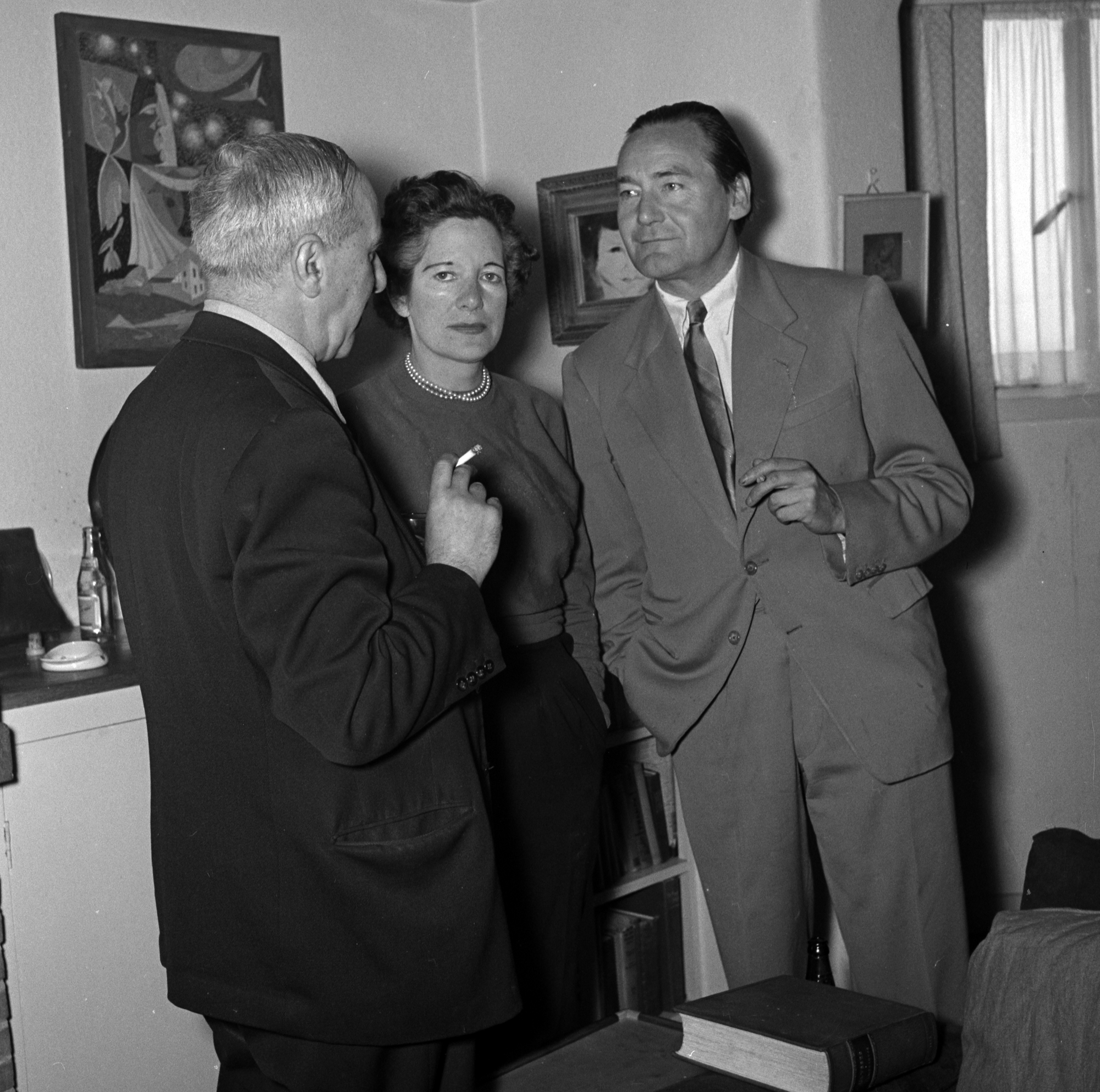 Try to find the date or year when this image was made.
Thanks for contributing!
Bloomsday 16 June 1954, has been illustrated before by the Wiltshire Collection, but this shot was taken indoors with two named personalities. The significance of Con Leventhal and Michael Scott escapes me. But I am sure the many Joyce scholars out there can enlighten me...

The general consensus is that this image captures Abraham "Con" Levanthal (academic and literary critic), Michael John Scott (architect and one-time Abbey actor) and Patricia Scott (TCD grad and wife of Scott). All of whom would have been very familiar with Joyce's works and the art world in Dublin in general....